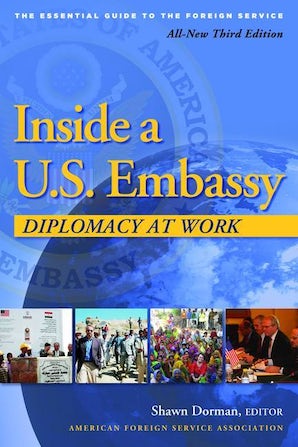 Inside a U.S. Embassy

Diplomacy at Work, All-New Third Edition of the Essential Guide to the Foreign Service

Inside a U.S. Embassy is widely recognized as the essential guide to the Foreign Service. This all-new third edition takes readers to more than fifty U.S. missions around the world, introducing Foreign Service professionals and providing detailed descriptions of their jobs and firsthand accounts of diplomacy in action.

In addition to profiles of diplomats and specialists around the world—from the ambassador to the consular officer, the public diplomacy officer to the security specialist—is a selection from more than twenty countries of day-in-the-life accounts, each describing an actual day on the job. Personal reports from the field give a sense of the extraordinary challenges—the coups, the natural disasters, the civil wars—and rewards of representing America to the world.

Inside a U.S. Embassy includes new chapters on the highly competitive Foreign Service entrance process, Foreign Service life outside the embassy, and briefings on topics such as handling high-level visits and service in war zones.

“You don’t have to be Secretary of State to enter the intriguing world of international diplomacy. What every American needs to know about the role of U.S. embassies is in this volume. Told from the unique vantage point of diplomatic practitioners, the stories recounted here shed light upon a profession little known to most Americans but deeply important to the safety, freedom, and prosperity of us all. These are the stories of the men and women who serve America’s interest—often under difficult and dangerous conditions—from the great cities to the most remote corners of the globe.”—Madeleine Albright, former U.S. Secretary of State
“Anyone who has been connected to American diplomacy knows how often the question is asked, ‘But what do you do in an embassy?’ Here is the answer: a heck of a lot. Our citizens and our friends around the world will learn from this lively book just how vital the Foreign Service is to our country’s well-being and to the betterment of all peoples.”—George Shultz, former U.S. Secretary of State

“Inside a U.S. Embassy sits at my desk and I recommend it to all interested in the Foreign Service.”—Ambassador Karl F. Inderfurth, Professorial Lecturer at George Washington University’s Elliott School of International Affairs and Former Assistant Secretary of State for South Asian Affairs

“I’m fascinated by the contents. I think that not only members of the Committee but all Americans will be deeply interested in this.”—Richard Lugar, R-Indiana, Senate Foreign Relations Committee

“I’m absolutely a fan of this book. What makes it so interested is that it’s about individuals and what they do, and it’s about how they support the United States in an active way.”—Ambassador Marc Grossman, Career Ambassador and Former Under Secretary of State for Political Affairs

“Every day in hundreds of places around the world, thousands of your fellow Americans are at work in direct support of you and your interests. From helping American in trouble, to formulating American foreign policy, to talking to foreign leaders about cooperation in hundreds of different areas from trade to technology to preventing nuclear war, these people make a difference. This book tells the fascinating inside story of how it all works.”—Ambassador Thomas R. Pickering, Boeing Company Senior Vice President for International Relations and Former Under Secretary of State for Political Affairs

“Readers will find an up-to-date, compelling, interesting, accurate, and highly readable depiction of the Foreign Service and its vital role in service to our nation. The profiles and the stories all show the rich diversity of our people, in terms of both their varied backgrounds and the wide range of services they perform.”—Ambassador Ruth A. Davis, Distinguished Adviser for International Affairs at Howard University and former Director General of the Foreign Service

“Inside a U.S. Embassy is required reading for the first week of my university seminar on practical diplomacy. My students are amazed at the variety and uniqueness of Foreign Service work described in the book’s first-hand accounts. I wouldn’t teach the course without it.”—Ambassador Genta Hawkins Holmes, former Diplomat in Residence, University of California, Davis 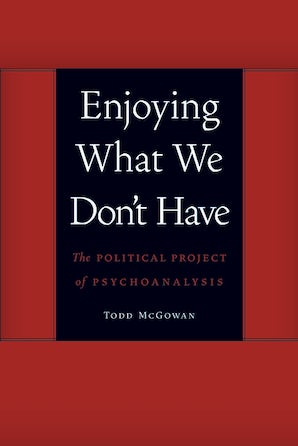