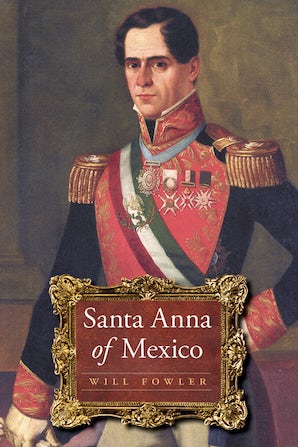 Antonio López de Santa Anna (1794–1876) is one of the most famous, and infamous, figures in Mexican history. Six times the country’s president, he is consistently depicted as a traitor, a turncoat, and a tyrant—the exclusive cause of all of Mexico’s misfortunes following the country’s independence from Spain. He is also, as this biography makes clear, grossly misrepresented.
Will Fowler provides a revised picture of Santa Anna’s life, offering new insights into his activities in his bailiwick of Veracruz and in his numerous military engagements. The Santa Anna who emerges from this book is an intelligent, dynamic, yet reluctant leader, ingeniously deceptive at times, courageous and patriotic at others. His extraordinary story is that of a middle-class provincial criollo, a high-ranking officer, an arbitrator, a dedicated landowner, and a political leader who tried to prosper personally and help his country develop at a time of severe and repeated crises, as the colony that was New Spain gave way to a young, troubled, besieged, and beleaguered Mexican nation.

Will Fowler is a professor of Latin American studies at the University of St. Andrews. His books include Mexico in the Age of Proposals, 1821–1853; Tornel and Santa Anna: The Writer and the Caudillo, Mexico, 1795–1853; and Latin America since 1780.

"Drawing on archives in Mexico, Spain, Britain, and Texas as well as published sources, Fowler supplies a much-needed corrective to existing impressions of Santa Anna with this balanced and well-written work."—Library Journal
"Building on recent historiography, this is a breakthrough study of Santa Anna."—S. F. Voss, Choice
"[Santa Anna of Mexico] is carefully documented and well-written. Historians of Mexico on both sides of the border should read this excellent effort."—Joseph A. Stout, Jr., Journal of Arizona History
“Superb. . . . Fowler has produced an elegantly-written and engaging study about one of Mexico’s most notorious and misunderstood leaders. His evenhanded assessment of Santa Anna as more than just a power-hungry, opportunistic, and corrupt politician makes this biography a most welcome and valuable addition to Mexican historiography.”—Journal of Military History
"This reevalution of Antonio López de Santa Anna is long overdue given the sophistication of our understanding of Mexico's turbulent decades following independence in 1810. . . .This biography will become obligatory text for students of the period that will also hold the attention of the casual reader."—Michael Ducey, A Contracorriente
"Fowler has written an unsurpassed biography of one of Mexico's most famous leaders. Everyone with an interest in Mexican history should read it."—Donald F. Stevens, Journal of Latin American Studies
"This biography is a marvellous introduction to Santa Anna's life and times."—Matthew Brown, Bulletin of Latin American Research
"Santa Ann of Mexico is a well-research and clearly written biography that provides an appreciation for the political complexity and volatility of Mexico and the man who led the nation during this turbulent period."—Ana Luisa Martinez-Catsam, Journal of Southern History
"This is a detailed biography for those with a passion for Mexican history, Texas history and American relations with Mexico."—Cmdr. Youssef Aboul-Enein, Waterline
"In this compelling biography of Antonio Lopez de Santa Anna, the author sets the record straight about the man who served Mexico six times as president yet is vilified today as a tyrant and traitor to his country."—Patricia L.P. Thompson, Historian
“There have been many other biographies of Santa Anna, both by Anglophone and Mexican scholars, but none as balanced or revisionist in tone as Fowler’s. He seeks to look at Santa Anna ‘warts and all’ in a searching way in which few authors of even longer works have done. This book will be an important contribution to the field because it gives us a compelling narrative that is scrupulously researched and nicely written. . . . Fowler’s bibliography constitutes an excellent entry-point into the historiography on the Santa Anna period.”—Eric Van Young, author of The Other Rebellion: Popular Violence, Ideology, and the Mexican Struggle for Independence, 1810–1821
“Assessing the many findings made in the last thirty years of historiography on the topic, Fowler develops a persuasive new understanding of Santa Anna and the problems that beset the then-young Mexican republic. Fowler’s writing style is eloquent, rigorous, and accessible. He articulates complex ideas with clarity and simplicity, and establishes clear connections between themes. The text is an enjoyable read—and one which is sure to make an important contribution to Mexican historiography.”—Abdiel Oñate, professor of history at San Francisco State University
"Fowler's balanced and well-researched biography of Santa Anna correctly adds nuance to the existing black legend of Mexico's favorite villain."—Andrae M. Marak, Journal of the West 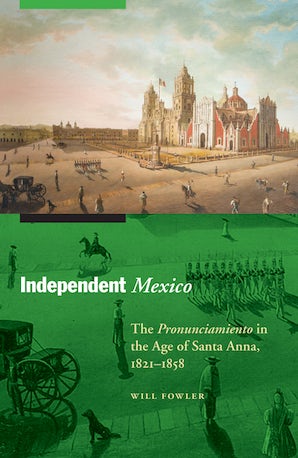 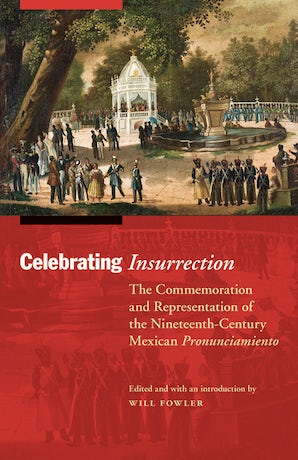 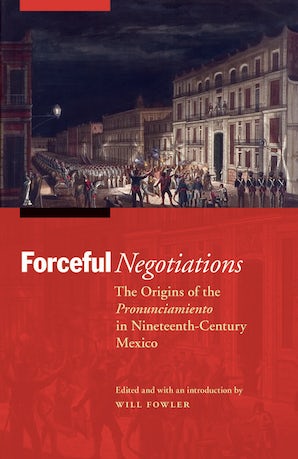