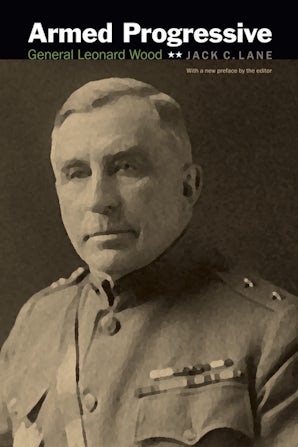 Jack C. Lane
With a new preface by the author

Gen. Leonard Wood’s meteoric career was no fluke. The ambitious Wood (1860–1927), serving as an army physician, strategically took on tasks and assignments that led him from the pursuit of Geronimo in the deserts of the Southwest (for which he won the Medal of Honor) to chief of staff of the U.S. Army and almost to the presidency of the United States. During his rise to high office, the darker side of Wood’s personality became legend. Able administrator and sincere patriot, Wood, together with friend Theodore Roosevelt, organized the famous “Rough Riders” during the Spanish-American War. Unfortunately, Wood possessed a consuming and obsessive ambition, as well as the willingness to advance his own interests over the ruin of others and in the face of political disapproval. Despite personal rivalries and feuds, Wood earned national prominence with his successes as a colonial administrator in Cuba and the Philippines, yet he was denied the two things he wanted most: an active role in the fighting of World War I and the presidency of the United States.
Armed Progressive, a critical study of Wood’s quest for power and his tremendous achievements, helps us to understand this pivotal figure who played such a dominant role at the turn of the century. Jack C. Lane provides historical insight and political assessment and captures the essence of this capable, ambitious, proud, bigoted, and self-righteous man.

“Lane’s well-written and precisely documented account is a useful contribution to the history of the early twentieth century”—Library Journal
“Lane has written the type of biography that is likely to be the final word on Wood for some time to come.”—Dennis S. Lavery, Journal of American History
"An important work for anyone interested in the U.S. Army from the Indian Wars through World War I."—A. A. Nofi, NYMAS Review
"Jack C. Lane's book is a well done study of Leonard Wood and how maybe too much ambition to get to the top can harm one's career."—Mark Hutchins, Denver Westerners Roundup 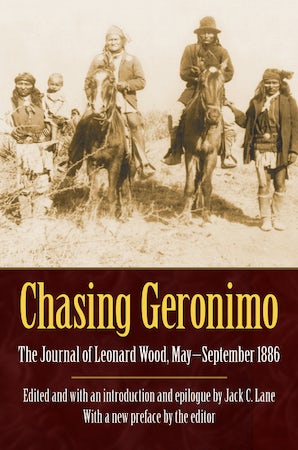 Leonard Wood
Edited and with an introduction and epilogue by Jack C. Lane
With a new preface by the editor