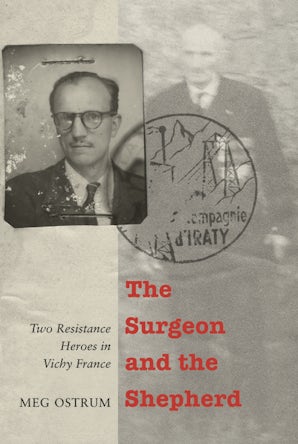 The Surgeon and the Shepherd

Of the thousands of people who escaped through the Pyrenees during World War II, at least one hundred owe their lives to a daring scheme that Belgian Charles Schepens masterminded in Mendive, a remote Basque village near the French-Spanish border. The story of this near-miraculous resistance effort, an epic undertaking carried out in plain view of the Nazis, is recounted in full for the first time in The Surgeon and the Shepherd, an incredible, true tale of wartime heroism.
In 1942, in coordination with the Belgian resistance, Schepens stage-managed a highly secret information and evacuation service through the counterfeit operation of a back-country lumbering enterprise. This book traces Schepens’s gradual transformation from an apolitical young ophthalmologist into double agent “Jacques Pérot,” and his emergence in the postwar period as a modern folk hero to the residents of Mendive. Woven into the account are the stories of a remarkable international cast of characters, most notably the Basque shepherd Jean Sarochar, regarded as a local misfit, with whom Schepens formed his most unlikely partnership and an enduring friendship.
Part biography, part spy tale, part cultural study, The Surgeon and the Shepherd is based on more than ten years of oral history research. The saga of a Belgian “first resister” who, by posing as a collaborator, successfully duped both the Germans and the local French Basque population, it offers a powerful and illuminating picture of moral and physical courage.

Meg Ostrum is a museum professional and arts consultant based in Vermont who has worked in the heritage preservation field for more than twenty-five years. She has edited several documentary studies and collections of oral histories, including Visit’n: Conversations with Vermonters, an annual anthology published by the Vermont Folklife Center.

"During a hiking trip in the French Pyrenees in 1983, Ostrum stumbled upon a remarkable story of resistance to the Nazis. . . . [The conspirators'] compelling tale is only part of the story, as themes of class, modernity and deceit are handled gracefully by the author. . . . Ostrum has created a compelling work of 20th-century European history."—Publishers Weekly
"A chance tourist encounter 20 years ago led museum professional and historical preservationist Ostrum to first learn of the intriguing tale she recounts in this accessible study. Biography, war story, and cultural history combined, it tells of two unlikely heroes who worked together in the Belgian resistance during World War II. . . . Using the interviewing skills of an oral historian and relying on careful detective work, Ostrum has pieced together a compelling and inspirational narrative that heralds the transforming effects of war. This heretofore untold story should appeal not only to scholars but also to informed laypersons interested in Basque history and World War II historiography."—Library Journal
"With echoes of Schindler's List and other stirring wartime epics, [The Surgeon and the Shepherd] tells the story of a seemingly ordinary man who took uncommon risks to subvert the Nazi war machine."—Joseph P. Kahn, The Boston Globe
“An extraordinary story of wartime valor and comradeship.”—Arthur Schlesinger Jr.
"The result of many years of fastidious research, the work presents a tale of quiet heroism that, thanks to its author's efforts, will be of singular interest to those who seek exemplars in the reading of history."—Colette G. Levin, French Review
“Those interested in the role of the Belgian resistance during the war or in the history of the Pyrenees region will find The Surgeon and the Shepherd especially fascinating. Others will find a remarkable story of the effect of larger historical events on individual lives. . . . Ostrum has brought us a work that shows just how nobly individuals can behave. Her stirring account of wartime deeds reminds us that seemingly impossible tasks can be accomplished when we use our talents to best advantage.”—H-Net Book Reviews H-Genocide 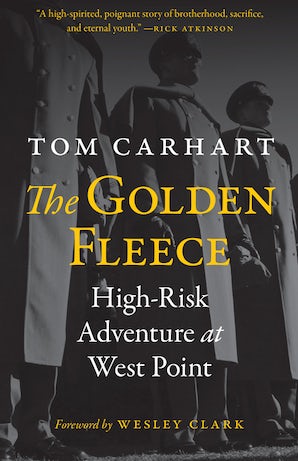