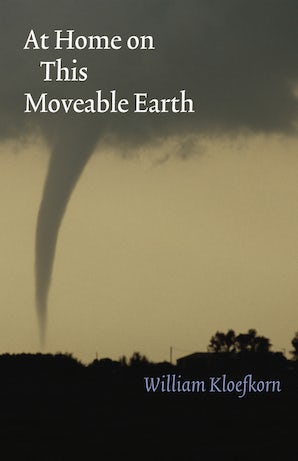 Whether writing about a boyhood in the Great Depression, the bond between a young man and his family, digging storm cellars and ducking tornadoes, or the dropping of the atomic bomb as experienced by a paperboy in small-town Kansas, Kloefkorn brings a congenial mixture of seriousness and humor to his subjects. Here and there the commonplace lends itself to the not-so-common question: What is the odd relationship between power, terror, and beauty? Why are human beings torn between staying put and moving—in intellectual and spiritual as well as physical terms? And how much of who we are is composed of who we were? Rife with insight, At Home on This Moveable Earth is as wonderfully readable as the first two volumes of Kloefkorn’s memoirs, a thoughtful tour of a curious character’s life so far and a model of retrospective introspection.

William Kloefkorn (1932–2011) was an emeritus professor of English at Nebraska Wesleyan University and Nebraska’s state poet. He is the author of many volumes of poetry and two previous memoirs, This Death by Drowning and Restoring the Burnt Child, both published by the University of Nebraska Press.

“Kloefkorn's sonorous prose and poetic sensibilities heighten the reader’s perception of life . . . the book’s structure is carefully wrought; he uses counterpoint, flashbacks, shifting points of view and variations on themes to shape his memoir. Kloefkorn is a consummate storyteller with a keen eye and a gift for language that is beautiful in its simplicity.” —Publishers Weekly
“[Kloefkorn] reveals his life one vignette at a time in this richly evocative third installment of his proposed four-part memoir. With deftly wrought imagery so powerful and yet so poetic, this son of the plains and prairie gentles the reader back to days that nostalgia dictates must be remembered as sweetly unadorned. And yet, as Kloefkorn so cogently illustrates, no time is truly simple, and the transition from innocence to knowledge can be both magical and frightening. It takes a rare and gifted writer to seamlessly transport the reader through the devastating fury of rumbling tornadoes and the delectable freshness of romantic awakenings. Kloefkorn is just such a writer, and the journey is a lyrical experience.”—Booklist
“Kloefkorn has a marvelous prose style that manages to be both plainspoken and fluid, with frequent dollops of humor. . . . If you haven’t already read the first two installments of Klefkorn’s memoirs, This Death by Drowning and Restoring the Burnt Child, that’s okay, because each of the books stands alone as a collection of linked essays. But if you enjoy this one as much as I did, you’ll immediately look for the other two.”—Lori, D. Kranz, Bloomsbury Review
“[Kloefkorn] has a knack for gracefully interrupting one story to tell another, interrupting that story to tell yet another, then gradually working his way back, tying up loose ends.”—Nebraska Life
“Ultimately this book, like Kloefkorn’s previous memoirs This Death by Drowning (1995) and Restoring the Burnt Child (2003), is a textbook for writers. Its eleven exemplary monologues jumpcut delightfully through time while remaining grounded in place and theme: one good story after another. . . . Kloefkorn belongs in the company of Twain and Frost because he gets the authentic American tone of voice in his work. The joy of his poetry and of this memoir is his exploration of the familiar territory of our language and our personal and collective history.”—David R. Pichaske, Great Plains Quarterly
“This author knows how to make the best of his experience, ordinary and plain and apparently dull or not. . . . The simple fact of the matter is that Kloefkorn is a writer who makes nearly anything, no matter how seemingly boring, lively and engaging. In the first place he has a wonderful eye for the scene, and he can turn any situation, such as digging and moving dirt, into a scene. He has some great scenes to report—a tornado that he and a friend get in the middle of; near collisions on a train track; a race between a powerful horse and a new Packard. But he can also vividly re-create such ordinary scenes as the first day of his matriculation at college or a French class at that college.”—G. C., Sewanee Review 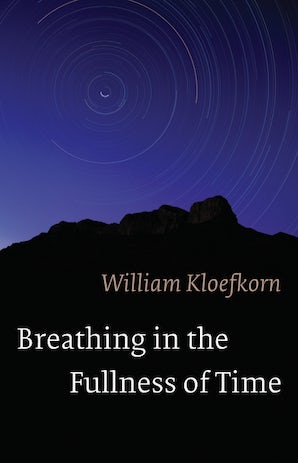 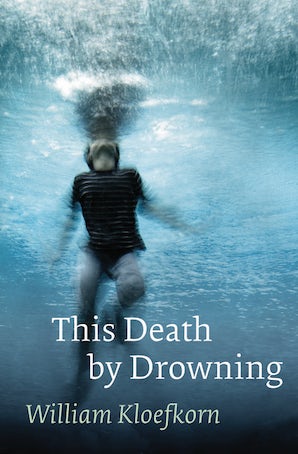 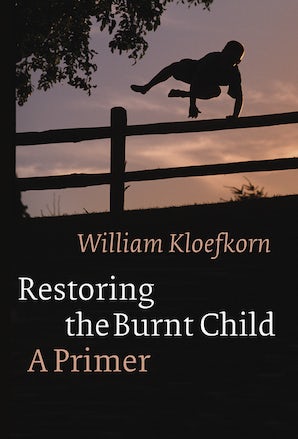 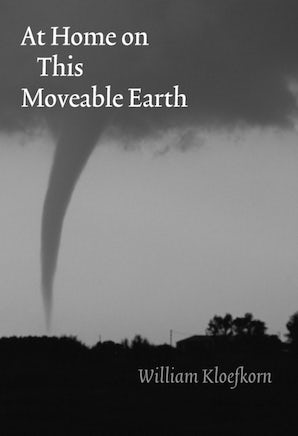 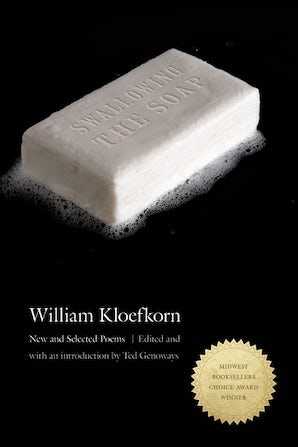