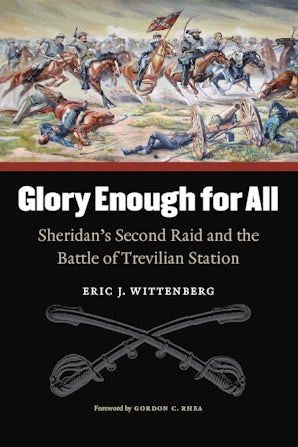 Glory Enough for All

Sheridan's Second Raid and the Battle of Trevilian Station

After the ferocious fighting at Cold Harbor, Virginia, in June 1864, Union Lt. Gen. Ulysses S. Grant ordered his cavalry, commanded by Maj. Gen. Philip H. Sheridan, to distract the Confederate forces opposing the Army of the Potomac. Glory Enough for All chronicles the battle that resulted when Confederate cavalry pursued and caught their Federal foes at Trevilian Station, Virginia, perhaps the only truly decisive cavalry battle of the American Civil War.
Eric J. Wittenberg tells the stories of the men who fought there, including eight Medal of Honor winners and one Confederate whose death at Trevilian Station made him the third of three brothers to die in the service of Company A of the Fourth Virginia Cavalry. He also addresses the little-known but critical cavalry battle at Samaria (Saint Mary's) Church on June 24, 1864, where Union Brig. Gen. David N. Gregg's division was nearly destroyed.
The only modern strategic analysis of the battle, Glory Enough for All challenges prevailing interpretations of General Sheridan and of the Union cavalry. Wittenberg shows that the outcome of Trevilian Station ultimately prolonged Grant's efforts to end the Civil War.

Eric J. Wittenberg is the author of Gettysburg's Forgotten Cavalry Actions and the coauthor of Plenty of Blame to Go Around, among numerous books. Gordon C. Rhea is the author of several books on the Civil War, including To the North Anna River: Grant and Lee, May 13–25, 1864 and The Battle of the Wilderness, May 5–6, 1864.

“A fast-paced, in-depth narrative that captures the confusion, horror and heroism of battle. . . . Judicious placement of maps, numerous photographs and notes that provide additional detail and documentation are the crowning touch to this volume. Readers interested in cavalry operations and the Eastern Theater will welcome this contribution.”—David F. Riggs, Civil War News
“Detailed and absorbing”—Greenwich Times (CT)
"Glory Enough for All is an essential volume for anyone interested in the Eastern theater campaigns and Civil War cavalry."—James K. Bryant II, H-Net

2   The Road to Trevilian Station

5   Union Breakthrough along the Railroad

7   Sheridan is Repulsed at the Bloody Angle: The Second Day of the Battle of Trevilian Station

9   The March from White House Landing to the James River

Appendix A: Order of the Battle

Appendix B: Union Strengths and Losses at the Battle of Trevilian Station, June 11, 1864

Appendix C: Union Strengths and Losses at the Battle of Trevilian Station, June 12, 1864

Appendix D: Confederate Strengths and Losses at the Battle of Trevilian Station 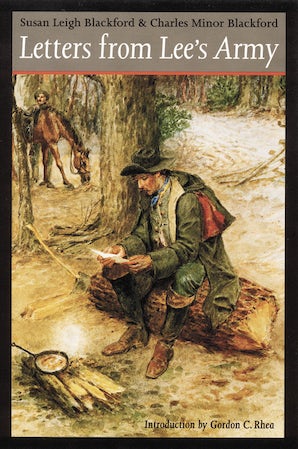 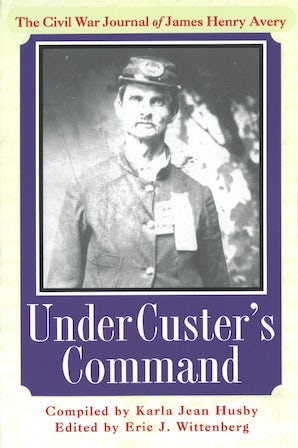 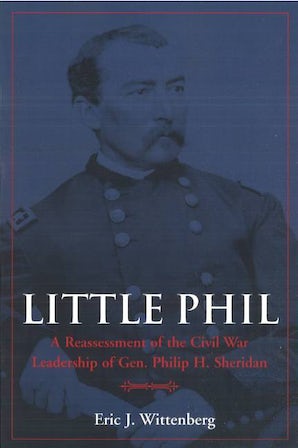