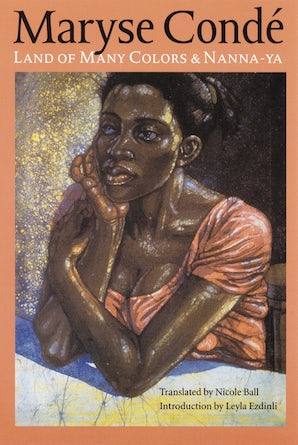 Land of Many Colors and Nanna-ya

Land of Many Colors is set in the fictional city of Fort Pilote in the French Caribbean. It opens with the deaths of a young liberation activist and his mother in 1984. The narrator, a doctor who handles both of these cases, attempts to reconstruct the history of the family through four generations. The doctor’s account illuminates the political and social complexities of race and class distinctions, the legacy of French colonialism that has spawned the movement for independence.
Set in Jamaica, Nanna-ya explores the relationships that develop between George, a well-to-do store-owner, his wife, Grace, and his lover, Joyce. Their intertwined histories touch on a variety of racial and gender themes, which are handled with uncommon insight and subtlety. Like Land of Many Colors, Nanna-ya explores the difficulty of reconstructing historical narratives and recovering the experiences of people of color in the Caribbean.

Born in Guadeloupe in 1937, Maryse Condé has lived in Africa and traveled throughout the world. She first won international acclaim for Children of Segu, a novel exploring the rise and fall of the Bambara Kingdom. Her other writings include the novels Tree of Life, Crossing the Mangrove, and The Last of the African Kings (Nebraska 1997).
Nicole Ball is a freelance translator living in Paris. Her translations include works by Catherine Clément.
Leyla Ezdinli is an assistant professor of French at Smith College. 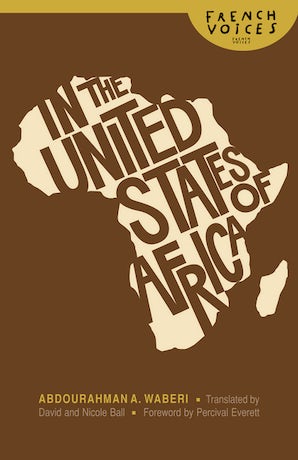 In the United States of Africa

Abdourahman A. Waberi
Translated by David and Nicole Ball
Foreword by Percival Everett