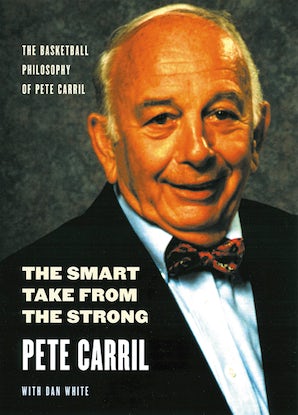 The Smart Take from the Strong

The Basketball Philosophy of Pete Carril

“The strong take from the weak, but the smart take from the strong.” So said Pete Carril’s father, a Spanish immigrant who worked for thirty-nine years in a Bethlehem, Pennsylvania, steel mill. His son stood only five-foot-six but nonetheless became an All-State basketball player in high school, a Little All-American in college, and a highly successful coach. After twenty-nine years as Princeton University’s basketball coach, he became an assistant coach with the NBA’s Sacramento Kings. In 1997 he was inducted into the Naismith Memorial Basketball Hall of Fame.
Coach Carril inspired his teams with his own strength of character and drive to win, and he demonstrated time and again how a smart and dedicated team could compete successfully against bigger programs and faster, stronger, more athletic players. His teams won thirteen conference championships, made eleven NCAA Tournament appearances, and led the nation in defense fourteen times.
Throughout his reflections on a lifetime spent on the basketball court and the bench, Carril demonstrates deep respect for the contest, his empathy and engagement with the players, humility with his own achievements, a pragmatic vision of discipline and fundamentals, and an enduring joy in the game.
This is an inspiring and wonderful book, even for those who never made a basket.

“Pete Carril is the Stonewall Jackson of NCAA basketball—unbelievable in victory, unforgettable in defeat.”—John McPhee
“Warm and wise. . . . disarmingly candid.”—Publishers Weekly
“Pete Carril is very clear about what he wants in basketball, and he wills things to happen.”—Senator Bill Bradley