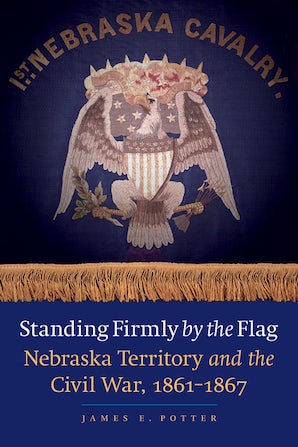 Standing Firmly by the Flag

From a pool of barely nine thousand men of military age, Nebraska—still a territory at the time—sent more than three thousand soldiers to the Civil War. They fought and died for the Union cause, were wounded, taken prisoner, and in some cases deserted. But Nebraska’s military contribution is only one part of the more complex and interesting story that James E. Potter tells in Standing Firmly by the Flag, the first book to fully explore Nebraska’s involvement in the Civil War and the war’s involvement in Nebraska’s evolution from territory to thirty-seventh state on March 1, 1867.

Although distant from the major battlefronts and seats of the warring governments, Nebraskans were aware of the war’s issues and subject to its consequences. National debates about the origins of the rebellion, the policies pursued to quell it, and what kind of nation should emerge once it was over echoed throughout Nebraska. Potter explores the war’s impact on Nebraskans and shows how, when Nebraska Territory sought admission to the Union at war’s end, it was caught up in political struggles over Reconstruction, the fate of the freed slaves, and the relationship between the states and the federal government.

James E. Potter is a senior research historian at the Nebraska State Historical Society. He is the coeditor, with Edith Robbins, of Marching with the First Nebraska: A Civil War Diary.

"Standing by the Flag: Nebraska Territory and the Civil War, 1861-1867 deserves a great deal of credit for taking on a subject previously unexamined. In effectively doing so, it significantly enhances our knowledge and understanding the Civil War west of the Mississippi."—Andrew Wagenhoffer, Civil War Books and Authors
"Well written, Standing Firmly by the Flag is a readable and engaging account of the Civil War in an area hardly ever touched upon by most books on the subject, and will prove rewarding reading for anyone interested in America in the mid-nineteenth century."—A. A. Nofi, Strategy Page
"Standing Firmly by the Flag is required reading for anyone who hopes to understand Nebraska's Civil War experience."—Kurt Hackemer, Annals of Iowa
"Meticulously researched, gracefully written, and uniquely valuable in its content, this book is a major contribution that will remain the standard treatment of Nebraska's Civil War history for years to come."—Mark Scherer, Montana: The Magazine of Western History
"Potter has written a well-researched work, one that helps carve a wider niche for Nebraska's role in the Civil War while providing context for the development of the Great Plains."—Tim McNeese, Great Plains Quarterly
"Standing Firmly by the Flag will likely stand for a long while as the most appealing history of Nebraska's civil war within the Civil War."—Christopher Phillips, Kansas History

List of Illustrations
Preface
Acknowledgments
Introduction: Nebraska Territory on the Eve of War
1. 1861: "Civil War Is upon Us"
2. 1862: "Nobly Did the First Nebraska Sustain Its Reputation"
3. 1863: "Let Us Battle . . . for 'The Constitution As It Is, and The Union As It Was'"
4. 1864: "You May Expect a General Indian Outbreak in All This Western Country"
5. 1865: "Peace Will Soon Again Bless the Land"
6. 1866: "A Change of Government . . . Is Being Freely Discussed"
7. 1867: "Nebraska Has a Singularly Bright and Prosperous Future"
Epilogue: The New State and the Old Soldiers
Notes
Bibliography
Index 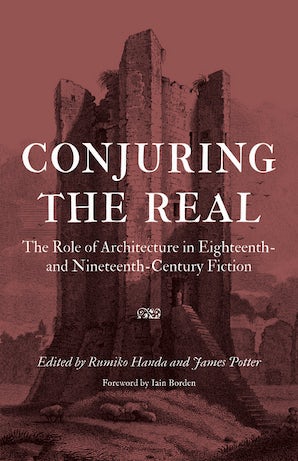 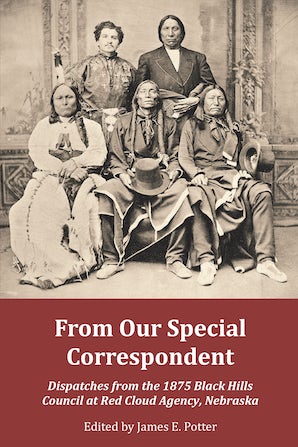 From Our Special Correspondent 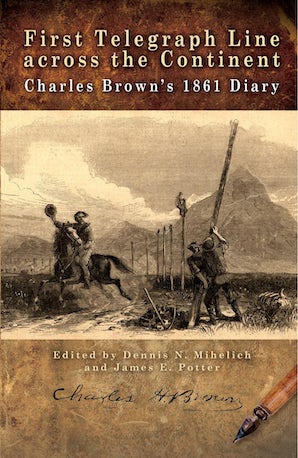 First Telegraph Line across the Continent