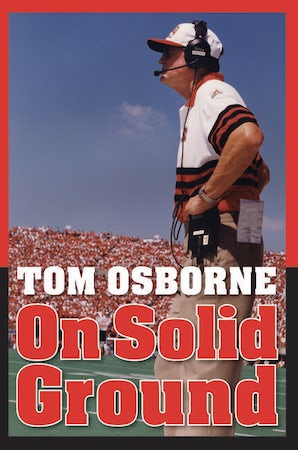 Tom Osborne
Edited and with photographs by Gordon Thiessen

The back-to-back championships in 1994 and 1995 prompted more fans and media to take notice of the football program at the University of Nebraska–Lincoln. For Tom Osborne, then head coach of the Nebraska Cornhuskers, the added scrutiny was at times flattering and at other times problematic. On Solid Ground was written for the fan seeking greater insight into the Nebraska football program behind the scenes during the 1990s. Osborne presents not only an accurate portrayal of what happened to the team during those championship seasons but also his personal philosophy of life.

While recounting how many of his players overcame great odds to achieve what they did both on and off the field, Osborne also straightforwardly addresses the heavy criticism the program received for the misbehavior of a few team members. On Solid Ground also considers the tension between those who believe an athlete in trouble should be made an example of and those who maintain that a structured environment is the best way to improve human behavior.

Tom Osborne was head coach for the University of Nebraska football team for twenty-five years, during which the Huskers won three national championships. After he retired from coaching in 1997, Osborne served Nebraska’s third district in the House of Representatives for six years and now works as the athletic director at the University of Nebraska–Lincoln. He is the author of More Than Winning, available in a Bison Books edition. Gordon Thiessen is a publisher, photographer, speaker, and author of several books, including Beyond the Headlines, The Mark of a Champion, and The Assembly Line.

Acknowledgments
Foreword
1. Coming Closer
2. The Perfect Season
3. Success in Miami--Finally!
4. The Mission
5. Early Trouble
6. A Good Start
7. Agents and the NCAA
8. A Difficult Week
9. Hitting Bottom
10. Where Faith Comes In.
11. A Much Needed Open Date
12. A Crucial Game
13. Encountering the National News
14. A Slow Start and a Fast Finish in Kansas
15. The Final Big Eight Game
16. A Very Long 48 Hours
17. Big Twelve and Other Matters
18. Going for Two Straight
19. Epilogue 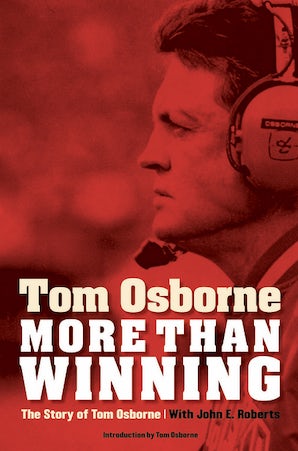