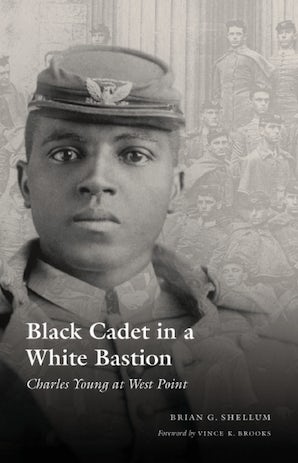 Born in slavery, Charles Young (1864–1922) was the third black graduate of West Point, the first black U.S. military attaché, and the highest-ranking black officer in the Regular Army until his death. Unlike the two black graduates before him, Young went on to a long military career, eventually achieving the rank of colonel. After Young, racial intolerance closed the door to blacks at the academy, and forty-seven years passed before another African American graduated from West Point.

Brian G. Shellum’s biography of Young’s years at West Point chronicles the enormous challenges that Young faced and provides a valuable window into life at West Point in the 1880s. Academic difficulties, hazing, and social ostracism dogged him throughout his academy years. He succeeded through a combination of focused intellect, hard work, and a sense of humor. By graduation, he had made white friends, and his motivation and determination had won him the grudging respect of many of his classmates and professors.

Until now, scholars of African American and military history have neglected this important U.S. Army trailblazer. Young’s experiences at the U.S. Military Academy, his triumph over adversity, and his commitment to success forged the mold for his future achievements as an Army officer, even as the United States slipped further into the degradation and waste of racial intolerance.

Brian G. Shellum is a graduate of the U.S. Military Academy at West Point and retired from the U.S. Army. He is currently a historian at the Defense Intelligence Agency.

"Shellum draws on his own West Point knowledge in vividly portraying the difficulties Young encountered, and he points up Young's determination and devotion to his country."—Booklist 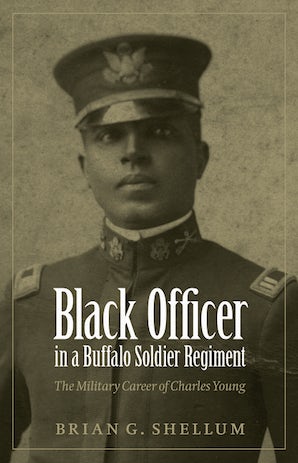