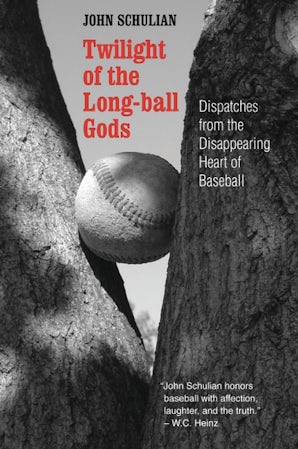 Twilight of the Long-ball Gods

Dispatches from the Disappearing Heart of Baseball

A report from the true heart of baseball, this anthology leaves behind the bad boys and big names of the major leagues to take readers to the places where the spirit of America’s game resides. These are a veteran sportswriter’s dispatches from the bush leagues and the sandlot, his tributes to the Negro leaguers, mining-town dreamers, and certifiable eccentrics who give baseball its heart and soul, laughter and tears.
John Schulian, a long-time Sports Illustrated contributor and former Chicago Sun-Times sports columnist, puts together a portrait of a disappearing America—a place inhabited by star-crossed Negro Leagues slugger Josh Gibson; by a vagabond player still toiling for the Durham Bulls at thirty-six; by the coach who created the Eskimo Pie League for kids in a Utah copper-mining town. When he does venture into the big leagues, Schulian gives us the underdogs and the human touches, from Bill Veeck peg-legging toward retirement as the game’s last maverick team owner, to musings on Joe DiMaggio and Marilyn Monroe at Christmas, to Studs Terkel’s reflections on baseball. In the end, though, this collection belongs to the kid at a tryout camp, the washed-out semipro following the game on his car radio, the players who were the toasts of outposts from Roswell to Wisconsin Rapids—and to the readers who keep the spirit of the game alive.

John Schulian is the author of Writers' Fighters and Other Sweet Scientists, the writing in which has been compared to that of Red Smith and A.J. Liebling. His widely anthologized work has been included in The Best American Sports Writing 1994, ten editions of Best Sports Stories, and Sports Illustrated's Fifty Years of Great Writing.

“For baseball fans, John Schulian’s Twilight of the Long-Ball Gods is the perfect antidote to winter. Schulian does something remarkable in this book: He brings to life an all-but-lost world of semipro teams and American Legion ball, of old Negro leagues and the Class D minors. . . . Schulian can flat-out write. Boxing and baseball have, by far, produced our best sports prose, and Schulian crafts sentences with the best of American journalists. Quotidian struggles here become the stuff of literature because American mythology, as Alexis de Tocqueville observed more than a century and a half ago, places the quest for individual success at the center of our national epic.”—Elliott J. Gorn, Chicago Tribune
"Schulian puts it all together in prose as sparkling as the view of the sun twinkling off the boats in the harbor from the upper deck in Wrigley Field."—Ron Rapoport,Chicago Sun-Times
“[The stories] focus on the lesser-known corners of the game, such as semipro ball, sandlot leagues and the old Negro Leagues, and they are all gems.”—Henry Kisor, Chicago Sun-Times
"In this sparkling collection of essays, Schulian . . . offers a reminder that baseball hasn't always been about endorsements, million-dollar deals, and agents. . . . Schulian is one of the very best sportswriters of the latter part of the twentieth century. His work resonates with time and place, compassion, and humanity. This is a wonderful collection that deserves a huge audience."—Booklist

"'Long-ball' a hit even for non-fan. . . . Chapter after chapter of enticing sketches, stories spun of people’s dreams, of their hopes, their failures, their ordinariness, their endurance, achievements."—Geeta Sharma-Jensen, Milwaukee Journal Sentinel

“Some of the best baseball writing you will ever read.”—Doug Moe, Madison.com and Capital Times
"One key piece in this volume examines the life and legacy of Negro League great Josh Gibson, weaving together interviews with Josh's son and former teammates. Schulian's work has been widely anthologized, and aficionados of good baseball writing will appreciate this tome."—Library Journal
"Baseball has belonged to poets almost as long as star-crossed love, but who'd have thought Salt Lake City—not exactly the center of the baseball universe—would get its very own baseball poet laureate. . . . As another baseball season works its way into our consciousness . . . Schulian's book is a fresh breeze to combat not only the rainouts, but the wave of steroid scandal that has the game currently cornered. Like all baseball poets, he brings a depth to the subject that transcends its shortcomings."—Lee Benson, Deseret Morning News
“TWILIGHT is a nostalgic and romantic look at the game of baseball during a time that very much needs. Give this one a solid 3 balls out of a possible four and make sure you crack it open to read when the modern game, and its crisis,’ begin to wear you down.”—Athomeplate.com
“Schulian left sportswriting 20 years ago and came to Hollywood to write TV scripts. The time away from sports made him realize what really mattered about the game, and these columns definitely illustrate that.”—Tom Hoffarth, Daily News 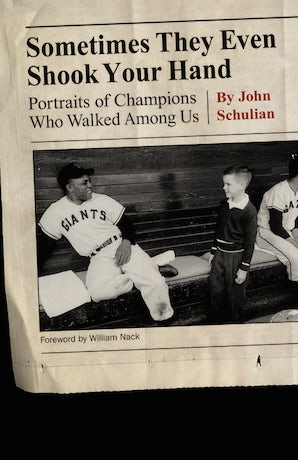 Sometimes They Even Shook Your Hand 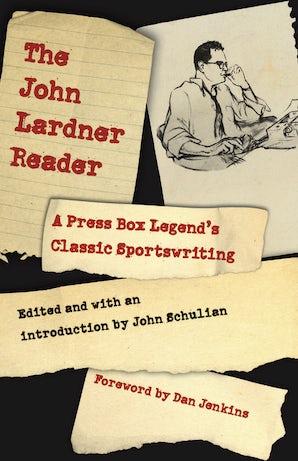 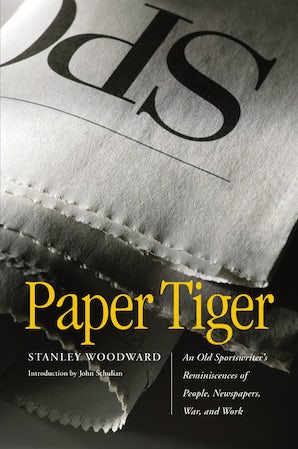