Based on recently discovered documents, The Jews Should Keep Quiet reassesses the hows and whys behind the Franklin D. Roosevelt administration’s fateful policies during the Holocaust. Rafael Medoff delves into difficult truths: With FDR’s consent, the administration deliberately suppressed European immigration far below the limits set by U.S. law. His administration also refused to admit Jewish refugees to the U.S. Virgin Islands, dismissed proposals to use empty Liberty ships returning from Europe to carry refugees, and rejected pleas to drop bombs on the railways leading to Auschwitz, even while American planes were bombing targets only a few miles away—actions that would not have conflicted with the larger goal of winning the war.

What motivated FDR? Medoff explores the sensitive question of the president’s private sentiments toward Jews. Unmasking strong parallels between Roosevelt’s statements regarding Jews and Asians, he connects the administration’s policies of excluding Jewish refugees and interning Japanese Americans.

The Jews Should Keep Quiet further reveals how FDR’s personal relationship with Rabbi Stephen S. Wise, American Jewry’s foremost leader in the 1930s and 1940s, swayed the U.S. response to the Holocaust. Documenting how Roosevelt and others pressured Wise to stifle American Jewish criticism of FDR’s policies, Medoff chronicles how and why the American Jewish community largely fell in line with Wise. Ultimately Medoff weighs the administration’s realistic options for rescue action, which, if taken, would have saved many lives.

Rafael Medoff is founding director of the David S. Wyman Institute for Holocaust Studies and coeditor of the institute’s online Encyclopedia of America’s Response to the Holocaust. He has taught history at Ohio State University, the State University of New York at Purchase, and elsewhere, and has written nineteen books about American Jewish history, the Holocaust, and related topics, including Too Little, and Almost Too Late: The War Refugee Board and America’s Response to the Holocaust.

"Judicious and nuanced."—Drew Darien, Journal of American History
"Meticulously documented . . . sober . . . an important contribution to our understanding of the American government's response to the Holocaust, and that of Franklin D. Roosevelt at the helm of power."—American Historical Review
"The Jews Should Keep Quiet is the culmination of more than three decades of research, and it is devastating. Few readers will come away from Rafael Medoff ’s book without their view of FDR having been signicantly changed."—David G. Dalin, Jewish Review of Books
"Readers with an interest in World War II, 20th-century political history, Jewish history, and the Holocaust should find this an incisive and insightful exploration of the leading figures of this period."—Library Journal, starred review
"With meticulous detail, Medoff documents the entwined failures of an indifferent president and a sycophantic Jewish leader."—Jerold Auerbach, Algemeiner
"This sad chapter in the history of American Jewry should serve as a keen example to all in today's Jewish community that we cannot assume that liberal, left-wing ideology is inherently pro-Jewish."—Alan Jay Gerber, Jewish Star
"The Jews Should Keep Quiet is a historical accounting of lies, deceptions and subterfuge promulgated by Roosevelt and his administration on American Jews and their leaders together with the struggles of Wise, as a recognized Jewish leader, and the American Jewish community against the tide of growing anti-Semitism and a racially-biased president. Medoff, as a first-rate historian of the Holocaust, clearly communicates what my poorly educated immigrant grandmother instinctively recognized, 'Roosevelt was a great president, except for the Jews.'"—Fred Reiss, San Diego Jewish World
"Readers interested in American Jewish history or American politics will definitely want to read this unsettling, but important, work."—Rabbi Rachel Esserman, Reporter
"Rafael Medoff . . . has come closer than anyone before him to explaining the inexplicable. He does so in a new book titled, The Jews Should Keep Quiet: Franklin D. Roosevelt, Rabbi Stephen S. Wise, and the Holocaust."—Sol Stern, Tablet Magazine
"The Jews Should Keep Quiet is a chronicle of tragedy—of a cynical president and the conflicted and compromised Jewish leader whom he effectively manipulated. To his credit, Medoff avoids accusations and condemnations. His tone is measured; his prose is crisp. He simply lays out the facts, many of them previously unknown or misunderstood, about a disturbing but important chapter in American history. The Jews Should Keep Quiet takes a place in the top tier of studies of American responses to the Holocaust."—Bat-Ami Zucker, H-Judaic
"American historian Rafael Medoff has written an outstanding and important book about the United States, Nazi Germany and the Holocaust. The Jews Should Keep Quiet: President Franklin D. Roosevelt, Rabbi Stephen S. Wise, and the Holocaust . . . is an unsparing condemnation of a president who was slow to help Jewish refugees and reluctant to criticize Adolf Hitler’s Germany. It is also a stunning critique of an American Jewish community leader who allowed himself to be stifled, manipulated and virtually silenced."—Sheldon Kirshner, Times of Israel
"[The Jews Should Keep Quiet: Franklin D. Roosevelt, Rabbi Stephen S. Wise, and the Holocaust] goes further than previous accounts by adding several dark new twists about Roosevelt and Wise, none of them pretty. . . . Medoff assembles facts and footnotes like a bricklayer. He wants his edifice to last."—Mark Horowitz, Commentary

"This is an outstanding contribution not only to Holocaust Studies but also Jewish-American history."—Sanford R. Silverburg, Association of Jewish Libraries

"This is an eye-opening book on the facts regarding the failure of the US government, and the Jewish establishment, to make serious efforts to save Jewish lives during the Holocaust."—Dov Peretz Elkins, Jewish Media Review
“This highly original work addresses the U.S. government’s unwillingness to undertake serious rescue efforts and the deep divisions within American Jewry over how to respond to U.S. indifference to European Jewry’s plight. Expanding on David S. Wyman’s pathbreaking work on America’s response to the Holocaust, using new archival materials and interviews with persons then on the scene, Medoff provides the best assessment to date of the relationship between America’s foremost Jewish leader, Rabbi Stephen S. Wise, and President Franklin D. Roosevelt.”—Professor Stephen H. Norwood, author of The Third Reich in the Ivory Tower and coeditor of Encyclopedia of American Jewish History

“The Jews Should Keep Quiet reveals in troubling detail how FDR manipulated American Jewish leaders to suppress criticism of his abandonment of Europe’s Jews during the Holocaust. Our family was certainly impacted. I was two years old on January 30, 1933, the day Hitler became Reichschancellor and my Dad told my Mom: ‘We are leaving Germany forever.’ It took us two and a half years of seeking a sympathetic American consul to overcome the barriers of FDR’s State Department. We need to learn from Rafael Medoff’s disturbing but necessary and enlightening study of moral failure and its consequences.”—Rudy Boschwitz, U.S. senator (1978–91)

“The Jews Should Keep Quiet conclusively documents, far better than anything else I have read, how Franklin Delano Roosevelt’s private attitude toward Jews motivated him to close America’s doors to Jewish refugees from Nazi Germany. Medoff adroitly exposes how FDR suppressed Jewish immigration with the unwitting assistance of Rabbi Stephen Wise. This book is a revelation—courageous, scholarly, and chillingly honest. You will never think of FDR the same way again after reading it.”—Irving Abella, president of the Academy of the Arts and the Humanities of Canada and past Shiff Professor of Jewish Studies at York University, Toronto

“The Jews Should Keep Quiet is of lasting importance for the teaching and understanding of the Holocaust. Rafael Medoff’s incisive examination of the complex relationship between the U.S. president and America’s foremost Jewish leader shines a light on troubling aspects of American history that many would prefer to ignore. This book is must reading.”—Zsuzsanna Ozsvath, director of Holocaust Studies, Ackerman Center for Holocaust Studies, University of Texas at Dallas

“The Jews Should Keep Quiet is a cautionary tale about the pitfalls of elite complicity with government inaction. Rabbi Stephen S. Wise regarded Franklin D. Roosevelt as a friend, even though the Roosevelt administration was unfriendly to the plight of Jewish refugees, opposed the bombing of extermination camps, and remained ambivalent toward Zionism. Meticulously researched, engagingly written, and eminently fair-minded, The Jews Should Keep Quiet deserves a wide audience.”—Dean J. Kotlowski, professor of history at Salisbury University and author of Nixon’s Civil Rights and Paul V. McNutt and the Age of FDR

“In this important volume, Medoff shows there was a great deal Roosevelt could have done despite the political circumstances and limitations. The new material and analysis he brings to light are vital study in a field rife with apologetic, consensus historians—and dare not to be forgotten.”—Allen H. Podet, professor emeritus, Philosophy and Religious Studies, Buffalo State, State University of New York

“The Jews Should Keep Quiet is a meticulously researched and disquieting history of the reasons behind America's failure to rescue Europe's doomed Jews. Readers may rightly conclude that if there is a Roosevelt they can admire, it is Eleanor and not Franklin.”—Alan L. Berger, Raddock Family Eminent Scholar Chair in Holocaust Studies, Florida Atlantic University

Acknowledgments
Introduction: “If Only He Would Do Something for My People!”
1. “Nothing but Indifference”
2. In Search of Havens
3. Silence and Its Consequences
4. Suppressing the Dissidents
5. The Politics of Rescue
6. FDR, Wise, and Palestine
7. The Failure to Bomb Auschwitz
8. Antisemitism in the White House
Conclusion: A President’s Strategy and a Rabbi’s Anguish
Notes
Bibliography
Index 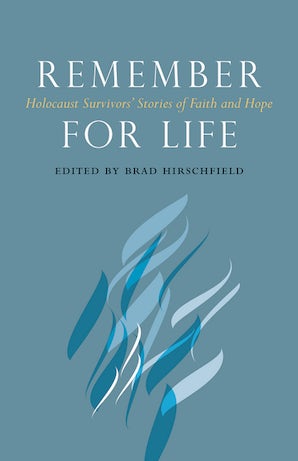