The end of the Seven Years’ War found Britain’s professional army in America facing new and unfamiliar responsibilities. In addition to occupying the recently conquered French settlements in Canada, redcoats were ordered into the trans-Appalachian west, into the little-known and much disputed territories that lay between British, French, and Spanish America. There the soldiers found themselves serving as occupiers, police, and diplomats in a vast territory marked by extreme climatic variation—a world decidedly different from Britain or the settled American colonies.
Going beyond the war experience, Army and Empire examines the lives and experiences of British soldiers in the complex, evolving cultural frontiers of the West in British America. From the first appearance of the redcoats in the West until the outbreak of the American Revolution, Michael N. McConnell explores all aspects of peacetime service, including the soldiers’ diet and health, mental well-being, social life, transportation, clothing, and the built environments within which they lived and worked. McConnell looks at the army on the frontier for what it was: a collection of small communities of men, women, and children faced with the challenges of surviving on the far western edge of empire.

Michael N. McConnell is an associate professor of history at the University of Alabama at Birmingham. He is the author of A Country Between: The Upper Ohio Valley and Its People, 1724–1774 (Nebraska 1992).

"Army and Empire has much to offer, despite its relative brevity."—Journal of American History
"McConnell has done an excellent job in describing the daunting task facing a relative handful of British regular soldiers in defending and policing a huge territory . . . A fine review of how the western frontiers of our original colonies were guarded."—Greenwich Times
"McConnell opens a fascinating window on the daily lives and experiences of British soldiers along the North American frontier in the mid-eighteenth century. . . . McConnell's achievement is impressive and represents a valuable contribution to the overall understanding of this important, and often overlooked, aspect of the history of Great Britain's Atlantic Empire."—J. Kent McGaughy, Canadian Journal of History
"McConnell's most significant contribution can be found in the insights he offers into day-to-day life of the post-Seven Years' War army. . . . McConnell's book fits nicely into the social history of the eighteenth-century British Army. Early Americanists, particularly practitioners of the 'new' frontier history, will find this a most useful work."—John Grenier, American Historical Review
"Never adequately discussed by British authorities was the question of what small garrisons stationed at key points in the frontier zone might actually be expected to accomplish. Michael McConnell takes us down to the level of daily life in these garrisons, and by careful research and clear exposition effectively answers the question."—John Shy, Journal of Military History
"A very useful book for anyone interested in military service and the American frontier in the mid-eighteenth century."—The NYMAS Newsletter
“The author does an excellent job of weaving a story from the many sources, both primary and secondary, available to him. Mr. McConnell accomplishes his goal of showing how ‘British garrisons were yet one more type of community in a complex matrix of peoples and cultures.’ By going beyond the war experience, the author has added to our understanding of the cultural frontiers faced by these early soldiers who served west of the Appalachians.”—Frederick C. Gaede, Journal of America’s Military Past
“Army and Empire is an excellent book, and a fine addition to the existing literature on the military in the West.”—Victor Enthoven, Itinerario
“This valuable addition to the plethora of recent material on the British army in North Amrica in the mid-eighteenth century focuses on the army in the West.”—History: The Journal of the Historical Association 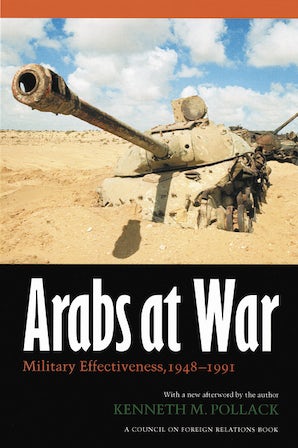