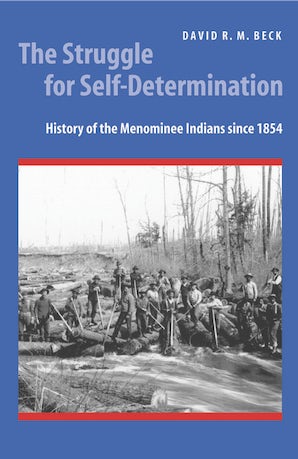 History of the Menominee Indians since 1854

Drawing on meticulous archival research and a close working relationship with the Menominee Historic Preservation Department, David R. M. Beck picks up where his earlier work, Siege and Survival: History of the Menominee Indians, 1634–1856, ended. The Struggle for Self-Determination begins with the establishment of a small reservation in the Menominee homeland in northeastern Wisconsin at a time when the Menominee economic, political, and social structure came under aggressive assault. For the next hundred years the tribe attempted to regain control of its destiny, enduring successive policy attacks by governmental, religious, and local business sources.
The Menominee’s rich forests became a battleground on which they refused to cede control to the U.S. government. The struggle climaxed in the mid-twentieth century when the federal government terminated its relationship with the tribe. Throughout this time the Menominee fought to maintain their connection to their past and to regain control of their future. The lessons they learned helped them through their greatest modern disaster—termination—and enabled them to reconstruct a government and a reservation as the twentieth century drew to a close. The Struggle for Self-Determination reinterprets that story and includes the viewpoint of the Menominee in the telling of it.

David R. M. Beck is a professor of Native American studies at the University of Montana. He is the author of Siege and Survival: History of the Menominee Indians, 1634–1856 (Nebraska 2002), which won the Wisconsin Historical Society Book Award of Merit.

Winner of the 2006 WHS Book Award, sponsored by the Wisconsin Historical Society 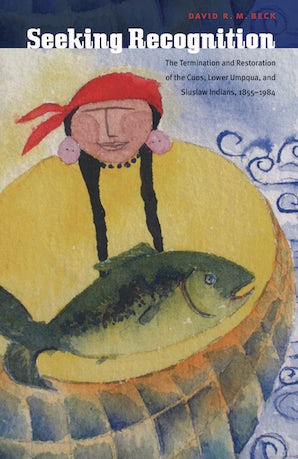 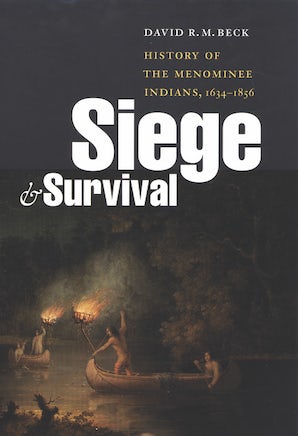