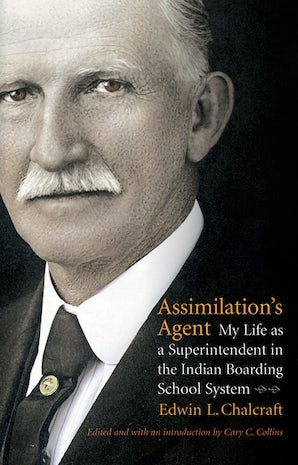 My Life as a Superintendent in the Indian Boarding School System

Edwin L. Chalcraft
Edited and with an introduction by Cary C. Collins

Assimilation’s Agent reveals the life and opinions of Edwin L. Chalcraft (1855–1943), a superintendent in the federal Indian boarding schools during the critical period of forced assimilation in the late nineteenth and early twentieth centuries. Chalcraft was hired by the Office of Indian Affairs (now known as the Bureau of Indian Affairs) in 1883. During his nearly four decades of service, he worked at a number of Indian boarding schools and agencies, including the Chehalis Indian School in Oakville, Washington; Puyallup Indian School in Tacoma, Washington; Chemawa Indian School in Salem, Oregon; Wind River Indian School in Wind River, Wyoming; Jones Male Academy in Hartshorne, Oklahoma; and Siletz Indian Agency in Oregon.

In this memoir Chalcraft discusses the Grant peace policy, the inspection system, allotment, the treatment of tuberculosis, corporal punishment, alcoholism, and patronage. Extensive coverage is also given to the Indian Shaker Church and the government’s response to this perceived threat to assimilation. Assimilation’s Agent illuminates the sometimes treacherous political maneuverings and difficult decisions faced by government officials at Indian boarding schools. It offers a rarely heard and today controversial "top-down" view of government policies to educate and assimilate Indians.

Drawing on a large collection of unpublished letters and documents, Cary C. Collins’s introduction and notes furnish important historical background and context. Assimilation’s Agent illustrates the government's long-term program for dealing with Native peoples and the shortcomings of its approach during one of the most consequential eras in the long and often troubled history of American Indian and white relations.

Cary C. Collins has a PhD in history from Washington State University and is a public school teacher in Ravensdale, Washington.

"Editor Collins provides a very comprehensive look not only at Chalcraft's memoir, but also in his introduction an illuminating, important overview of federal Indian education and assimilation policies. . . . [Chalcraft's memoir] adds a valuable voice to the historical discussion on the providence of federal Indian policy in general and, more specifically, federal programs intended to bring about complete cultural assimilation by way of education."—Choice
“Cary Collins has unearthed and expertly edited an indispensable resource for historians of United States Indian policy and western history.”—Laura Woodworth-Ney, Western Historical Quarterly
"This book, written with a great deal of grace, explains an enormous amount of what happened during that shameful time [of forced assimilation]. Collins' extensive—and heavily researched—introduction offers a large amount of heretofore unavailable information. This is a book that illuminates and taps into the emotions. It will make you angry at times--not at the book but at the tactics the government used in aid of an unsupportable cause."—Statesman Journal (Salem, Oregon)
“A well-edited and detailed autobiography, Assimilation’s Agent is the work of a man committed to the policy of total assimilation.”—Todd Leahy, Montana The Magazine of Western History
“Chalcraft’s memoir, though it does not and cannot redeem this unsavory era, nevertheless bears witness to the lessons that need to be gleaned from its tragedy.”—Lynne M. Getz, Pacific Northwest Quarterly
"Since few of these employee's recollections have survived, Edwin L. Chalcraft's memoir. . . . gains significance. In an account penned shortly before his death in 1943, Chalcraft has reminded us of the dogma of his times, one predicated on Indian assimilation into the dominant society, while simultaneously deflecting readers' eagerness to stereotype these agents of federal power."—Margaret Connell Szasz, Oregon Historical Quarterly
“A great strength of this book is Collins’ thorough analysis of BIA philosophy and procedure, and how that played out in the life of one man and the Indian children he sought to ‘educate.’”—Garrit Voggesser, Journal of the West 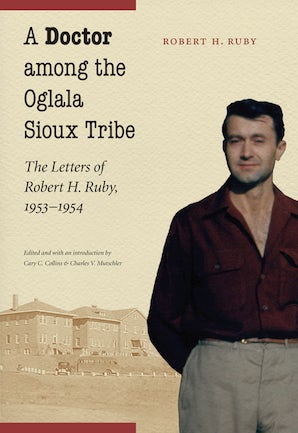 A Doctor among the Oglala Sioux Tribe

Robert H. Ruby
Edited and with an introduction by Cary C. Collins and Charles V. Mutschler 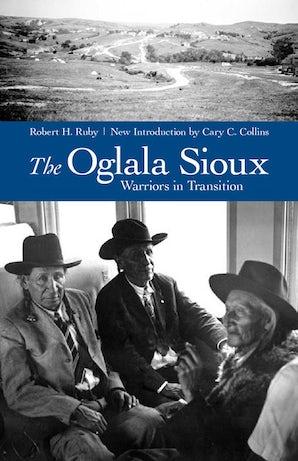