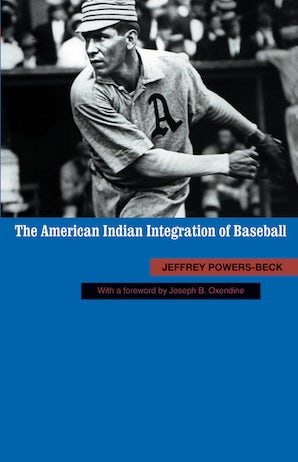 The American Indian Integration of Baseball

For many the entry of Jackie Robinson into Major League Baseball in 1947 marked the beginning of integration in professional baseball, but the entry of American Indians into the game during the previous half-century and the persistent racism directed toward them is not as well known. From the time that Louis Sockalexis stepped onto a Major League Baseball field in 1897, American Indians have had a presence in professional baseball. Unfortunately, it has not always been welcomed or respected, and Native athletes have faced racist stereotypes, foul epithets, and abuse from fans and players throughout their careers. The American Indian Integration of Baseball describes the experiences and contributions of American Indians as they courageously tried to make their place in America’s national game during the first half of the twentieth century.

Jeffrey Powers-Beck provides biographical profiles of forgotten Native players such as Elijah Pinnance, George Johnson, Louis Leroy, and Moses Yellow Horse, along with profiles of better-known athletes such as Jim Thorpe, Charles Albert Bender, and John Tortes Meyers. Combining analysis of popular-press accounts with records from boarding schools for Native youth, where baseball was used as a tool of assimilation, Powers-Beck shows how American Indians battled discrimination and racism to integrate American baseball.

Jeffrey Powers-Beck is a professor of English and assistant dean of Graduate Studies at East Tennessee State University. He is the author of Writing the Flesh: The Herbert Family Dialogue. Joseph B. Oxendine is the author of American Indian Sports Heritage (Nebraska 1995).

"Powers-Beck offers a solid examination of a too-little-studied aspect of the national pastime: integration of American Indian players. . . . Essential."—Choice
''The American Indian Integration of Baseball is outstanding as both an historical examination of an obscure topic—Indians playing pro and amateur baseball between 1897 and 1945—and as a documentary of racial injustice, stereotyping and outright prejudice. Author Jeffrey Powers-Beck has done his homework and done it well.” —Tom Wanamaker, Indian Country Today
"In Jeffery Powers-Beck’s new book, The American Indian Integration of Baseball, we are given an unexpected nuance to what Dakota intellectual Charles A. Eastman called the ‘Transition Period.’ Against the backdrop of assimilation, including boarding schools, land allotment, and racial stereotypes, individuals arose in the Indian communities to break the colorline in ‘the American pastime’ long before Jackie Robinson took to the field in 1947."—David Martinez, News from Indian Country
“Often relegated to brief paragraphs or footnotes in works of baseball history, The American Indian Integration of Baseball completes the first (of hopefully many) book length treatments of the Native American entry into baseball. . . . A worthwhile read that opens new areas of investigation to sport historians, in general, and baseball historians, in particular. Scholars looking to build off this work will find an immense archive already charted, thanks to Powers-Beck, Joseph Oxendine, and John Bloom.”—The Sport Literature Association
“In profiling the talented few who made ‘The Show’ during the first half-century of professional baseball, Powers-Beck has performed a service that deserves to be remembered long after the tomahawk chop has been laid to rest.”—David Shiner, Elysian Fields Quarterly 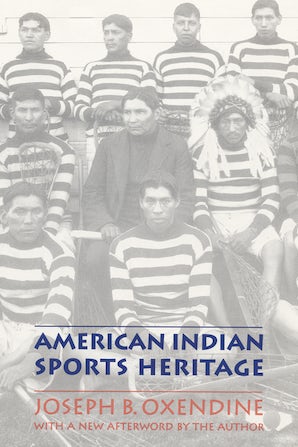