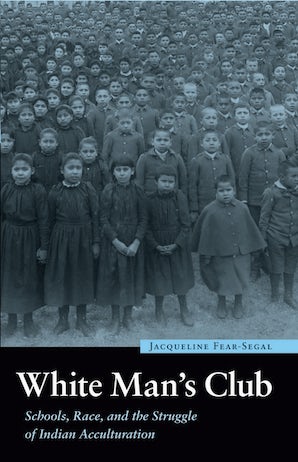 Schools, Race, and the Struggle of Indian Acculturation

Tens of thousands of Indian children filed through the gates of government schools to be trained as United States citizens. Part of a late-nineteenth-century campaign to eradicate Native cultures and communities, these institutions became arenas where whites debated the terms of Indian citizenship, but also where Native peoples resisted the power of white schooling and claimed new skills to protect and redefine tribal and Indian identities.
In White Man’s Club, schools for Native children are examined within the broad framework of race relations in the United States for the first time. Jacqueline Fear-Segal analyzes multiple schools and their differing agendas and engages with the conflicting white discourses of race that underlay their pedagogies. She argues that federal schools established to Americanize Native children did not achieve their purpose; instead they progressively racialized American Indians. A far-reaching and bold account of the larger issues at stake, White Man’s Club challenges previous studies for overemphasizing the reformers’ overtly optimistic assessment of the Indians’ capacity for assimilation and contends that a covertly racial agenda characterized this educational venture from the start. Asking the reader to consider the legacy of nineteenth-century acculturation policies, White Man’s Club incorporates the life stories and voices of Native students and traces the schools’ powerful impact into the twenty-first century.
Fear-Segal draws upon a rich array of source material. Traditional archival research is interwoven with analysis of maps, drawings, photographs, the built environment, and supplemented by oral and family histories. Creative use of new theoretical and interpretive perspectives brings fresh insights to the subject matter.

Jacqueline Fear-Segal is a senior lecturer in American history at the University of East Anglia, Norwich, England, and the author of articles in the Journal of American Studies, American Studies International, and Critical Engagement.

1.The Development of an Indian Educational System 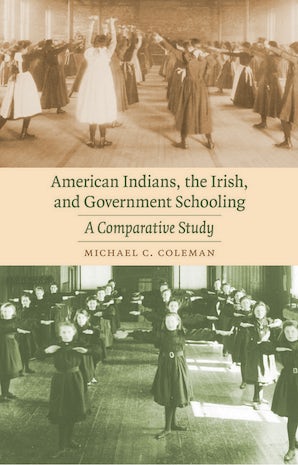 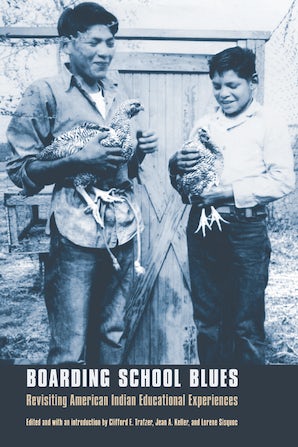 Edited and with an introduction by Clifford E. Trafzer, Jean A. Keller, and Lorene Sisquoc 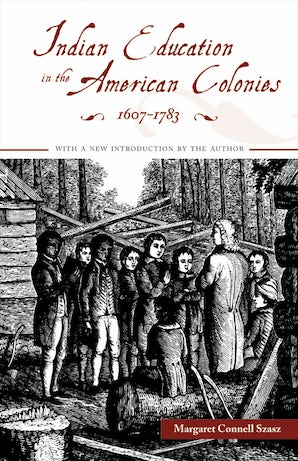 Margaret Connell Szasz
With a new introduction by the author