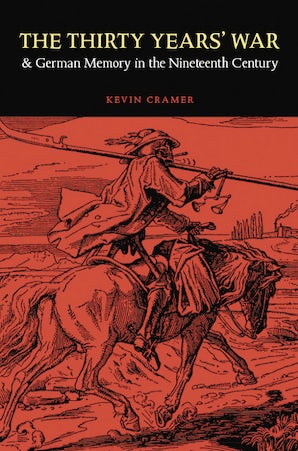 The nineteenth century witnessed the birth of German nationalism and the unification of Germany as a powerful nation-state. In this era the reading public’s obsession with the most destructive and divisive war in its history—the Thirty Years’ War—resurrected old animosities and sparked a violent, century-long debate over the origins and aftermath of the war. The core of this bitter argument was a clash between Protestant and Catholic historians over the cultural criteria determining authentic German identity and the territorial and political form of the future German nation.
This groundbreaking study of modern Germany’s morbid fascination with the war explores the ideological uses of history writing, commemoration, and collective remembrance to show how the passionate argument over the “meaning” of the Thirty Years’ War shaped Germans' conception of their nation. The first book in the extensive literature on German history writing to examine how modern German historians reinterpreted a specific event to define national identity and legitimate political and ideological agendas, The Thirty Years’ War and German Memory in the Nineteenth Century is a bold intellectual history of the confluence of history writing, religion, culture, and politics in nineteenth-century Germany.

Kevin Cramer is an associate professor of history at Indiana University-Purdue University, Indianapolis.

"An important contribution on the centrality of religion to the historiography of nineteenth-century nation-building."—Katherine B. Aaslestad, International History Review
"Convincingly written and organized, the book lends interest and significance to the views of a subset of German scholars whose work was written off or, worse, rewritten after World War II and suggests views their readers might have imbibed."—Susan R. Boettcher, German Studies Review
"The precision of the book's focus allows Cramer to shed light on issues of far broader significance for the history of modern Germany: above all, the centrality of memories of warfare, in particular memories of violent victimization, for the construction of German national identity."—Matthew Levinger, Journal of Modern History
“For historians of modern Germany, [The Thirty Years’ War] provides a unique set of perspectives about a whole range of debates in the nineteenth century. In addition to the historiographic review, it includes an interesting analysis of the reputation of Emperor Ferdinand II, material concerning the cult of Gustavus Adolphus and its commemorative ceremonies, pamphlet emblemata about the tragedy in Magdeburg, and even references to Johannes Brahms.”—Brennan C. Pursell, American Historical Review
“In his provocative study of the historiographical and commemorative discourse, surrounding the Thirty Years’ War in nineteenth-century Germany, Kevin Cramer delves exhaustively into the contemporary literature on the subject and reveals it to have been a major venue of confessional and political conflict among Catholics and Protestants over the course of the century. . . . Cramer’s account of the history and memory (chiefly the former) of the Thirty Years’ War in nineteenth-century Germany offers a well-researched, often insightful window onto the period’s confessional and political conflicts.”—Brian Vick, H-Net Book Reviews