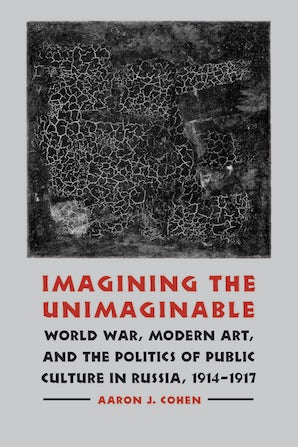 As World War I shaped and molded European culture to an unprecedented degree, it also had a profound influence on the politics and aesthetics of early-twentieth-century Russian culture. In this provocative and fascinating work, Aaron J. Cohen shows how World War I changed Russian culture and especially Russian art. A wartime public culture destabilized conventional patterns in cultural politics and aesthetics and fostered a new artistic world by integrating the iconoclastic avant-garde into the art establishment and mass culture. This new wartime culture helped give birth to nonobjective abstraction (including Kazimir Malevich’s famous Black Square), which revolutionized modern aesthetics. Of the new institutions, new public behaviors, and new cultural forms that emerged from this artistic engagement with war, some continued, others were reinterpreted, and still others were destroyed during the revolutionary period.
Imagining the Unimaginable deftly reveals the experiences of artists and developments in mass culture and in the press against the backdrop of the broader trends in Russian politics, economics, and social life from the mid-nineteenth century to the revolution. After 1914, avant-garde artists began to imagine many things that had once seemed unimaginable. As Marc Chagall later remarked, “The war was another plastic work that totally absorbed us, which reformed our forms, destroyed the lines, and gave a new look to the universe.”

"This book offers the reader a well-researched and nuanced analysis of the politics and aesthetics of a period and place whose significance is underappreciated."—Andrew M. Nedd, Russian Review
"In recent years, works by Hubertus F. Jahn, Peter Gatrell, Peter Holquist, Eric Lohr, Joshua A. Sanborn, Melissa K. Stockdale, and others have expanded our knowledge of World War I's impact in Russia. . . . Cohen's new book adds an important dimension to this historiography, demonstrating that wartime cultural mobilization was more pervasive and more complex than previously understood."
—Stephen M. Norris, American Historical Review
"This is a carefully framed piece of research that raises important questions about the extent to which the political, economic and cultural conditions of wartime affected the course of modern Russian art."—Rosalind P. Blakesley, Revolutionary Russia
"This is a daring book that deftly balances between history and cultural studies. Aaron Cohen mixes the public debates in contemporary newspapers and journals with an analysis of the visual art that this world produced. This leads to a satisfying and intellectually engaging read."—Aaron B. Retish, Europe-Asia Studies
"[Cohen's] focused argument that Russian avant-garde painters found their public and forged a closer link to the government in the crucible of the Great War makes an original and important contribution both to art history and to the history of the mobilization for war."—Eric Lohr, Slavic Review

4. Masters of the Material World: World War I, the Avant-Garde, and the Origins of Non-Objective Art

5. The Revolver and the Brush: The Political Mobilization of Russian Artists through War and Revolution, 1916-1917 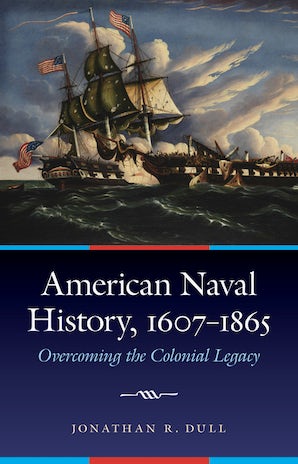