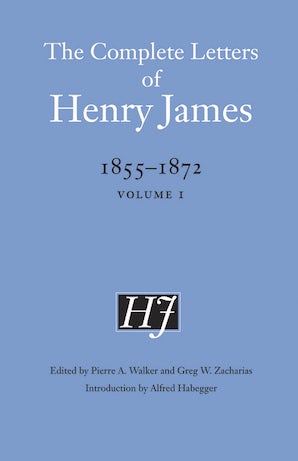 The Complete Letters of Henry James fills a crucial gap in modern literary studies by presenting in a scholarly edition the complete letters of one of the great novelists and letter writers of the English language. Comprising more than ten thousand letters reflecting on a remarkably wide range of topics—from James’s own life and literary projects to broader questions on art, literature, and criticism—this edition will be an indispensable resource for students of James and of American and English literature, culture, and criticism. It will also be essential for research libraries throughout North America and Europe and for scholars who specialize in James, the European novel, and modern literature.

Pierre A. Walker and Greg W. Zacharias have conceived this edition according to the exacting standards of the Modern Language Association’s committee on scholarly editions. The first in the series, this two-volume work includes the letters from James's first extant one to those from 1869 in volume one and the letters from 1869 to 1872 in volume two.

“Luxuriously spacious design. . . . The textual editing of the letters is fantastically thorough, every blot, deletion, insertion and misspelling being lucidly presented in the text itself and further described in endnotes to each letter; for the reader this evokes the dash and spontaneity of James’s pen, and for the scholar it clarifies every possible ambiguity caused by that dash. . . . The letters themselves are so vivid, funny and revealing that [the edition] is already indispensable.”—Alan Hollinghurst, The Guardian
“These extraordinary, profoundly welcome volumes are the first fruits of an epic undertaking by two heroic American scholars, Pierre Walker and Greg Zacharias. . . . [T]hese early volumes give a wonderfully pleasurable picture of a writer at the beginning of his journey, enduring setbacks and barren spells, but already showing the impressive resilience, wisdom and wit that were the foundations of his astonishing career.”—Philip Horne, The Daily Telegraph
"[James's] letters have never before appeared in their entirety. The University of Nebraska Press is attempting, slowly, to make up for that fact in a scholarly edition that obviates the need for any other."—Benjamin Markovits, Times Literary Supplement
"Excellently annotated. . . . This rich undertaking will reward historians, biographers, and literary critics."—Choice
"Rippling through these letters are the first imaginative stirrings of one of the greatest fiction and travel writers in the language. He was also one of the most entertaining—and prolific—correspondents. . . . James’s correspondence, its editors estimate, will run to at least 140 volumes and will include more than 10,000 letters. The most comprehensive edition before this . . . offered just 1,000 or so. The partiality of that selection is revealed by this magisterial new venture, whose two opening volumes brim with a wealth of hitherto unpublished letters. . . . These are richly enthralling letters. The sooner the next 138 or so volumes appear, the better.”—Peter Kemp, The Sunday Times (London)
"The volumes are beautiful, solidly put together, with big type, wide margins, and copious annotations remarking on cross-outs and misspellings and new words written over old ones. . . . [They] bring a high seriousness to letters that were usually dashed off; certainly the scholars preparing these volumes will have spent many more hours on each letter than did either James or the recipients he was addressing."—Edmund V. White, The New York Review of Books
“It is precisely the comprehensive scope of this project—to collect and publish all of James’s letters in a scholarly edition—that makes these first two volumes and their promise of more to come so remarkable. . . . Besides its comprehensiveness, what makes this University of Nebraska Press edition distinctive is the editors’ decision to use ‘plain-text editing.’ . . . For these moments of new understanding and for the painstaking editorial energy that accompanies them, the only suitable response to the arrival of The Complete Letters of Henry James: 1855-1872 is to fall to our knees in gratitude.”—Renée Tursi, The Henry James Review 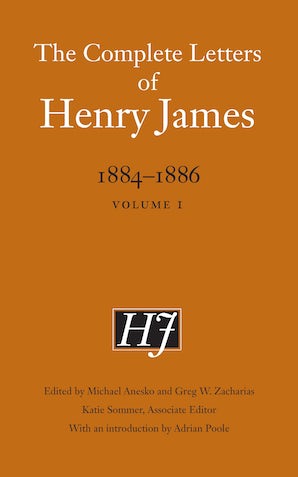 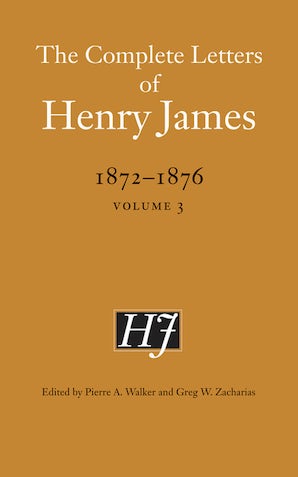 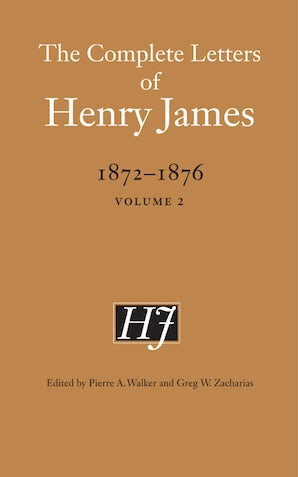