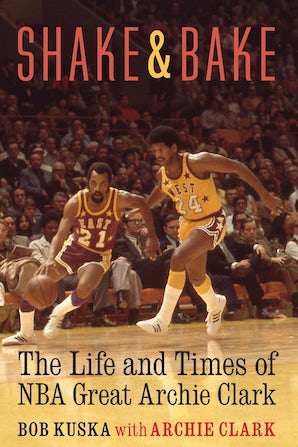 The Life and Times of NBA Great Archie Clark

Shake and Bake is the story of Archie Clark, one of the top playmaking guards in the 1970s pre-merger NBA. While not one of the game’s most recognized superstars, Clark was a seminal player in NBA history who staggered defenders with the game’s greatest crossover dribble (“shake and bake”) and is credited by his peers as the originator of today’s popular step-back move.

Signed as the Lakers third-round draft pick in 1966, Clark worked his way into the starting lineup in his rookie year. But Clark was more than a guaranteed double-double whenever he stepped on the floor. He was a deep-thinking trailblazer for players’ rights. Clark often challenged coaches and owners on principle, much to the detriment of his career and NBA legacy, signing on as a named litigant in the seminal Robertson v. NBA antitrust case that smashed the player reserve system and jump-started the modern NBA.

So lace up your high-top Chuck Taylors, squeeze into a pair of short shorts, and shake and bake back in time to the days of Wilt, Russell, Oscar, Jerry, Elgin, Hondo—and Archie.

Bob Kuska is a career science writer. He is the author of Hot Potato: How Washington and New York Gave Birth to Black Basketball and Changed America’s Game Forever and Cinderella Ball: A Look inside Small-College Basketball in West Virginia (Bison Books, 2008). Archie Clark is a retired American professional basketball player. He played guard from 1966 to 1976 for the Lakers, 76ers, Bullets, Supersonics, and Pistons.

“I had the good fortune of meeting Archie Clark while I was an undergrad at UCLA and he was playing for the Lakers. Archie is one of those unique people who has an awesome insight about life, which, in my opinion, is extraordinary. When you read this book you will understand what I’m talking about.”—Kareem Abdul-Jabbar
“Archie Clark originated the crossover dribble. His story is a representative tale of the crosscurrents that were convulsing the NBA in the turbulent 1960s and 1970s that featured the legendary figures of the game from Wilt to West and defined the court in many different ways. Bob Kuska tells the story of these vivid events in granular depth and detail.”—Sam Smith, author of The Jordan Rules
“Archie Clark’s words became the impetus of my Supreme Court ruling that toppled the NBA’s four-year rule and took me to Seattle. Archie is a tremendous person who helped a lot of people get ahead in the pre-merger NBA. If you want to know more about this critical era of pro basketball, this is your book!”—Spencer Haywood
“Bob Kuska is one of the very best basketball writers in the world, as this deep and fascinating exploration into the life and times of Archie Clark so convincingly demonstrates. Kuska’s obviously driven by a tremendous love of the game, but it goes much, much further than that. He unfolds the life and times of Clark in a way that allows us to understand the man, the era, and the contributions of this unsung, overlooked gem of a competitor.”—Roland Lazenby, author of Showboat: The Life of Kobe Bryant
“A half century ago, Archie Clark brought the iconic crossover move to pro basketball, which I named, ‘The Shake and Bake.’ Today, people argue about who had the greatest crossover move ever. Well, I’ve seen them all. In my opinion, the best crossover still belongs to the originator, Archie Clark.”—Sonny Hill, sports radio personality and the “Mayor of Philadelphia Basketball”
“Interested in pro basketball history? You’ve got to read this book about Archie Clark, one of the all-time NBA greats on and off the court.”—Joe Caldwell
"Written with Bob Kuska, Clark's Shake & Bake: The Life and Times of NBA Great Archie Clark provides the reader with a behind-the-scenes look at the likes of Elgin Baylor, Jerry West, and head coach Gene Shue, to name a few."—Lukasz Muniowski, Sport in American History
"Any basketball fan who followed the game during the era in which Clark played will enjoy this book immensely as it felt like it would take the reader into a time machine when professional basketball had a very different look than it does today."—Lance Smith, Guy Who Reviews Sports Books 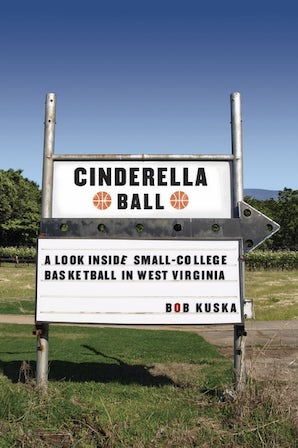