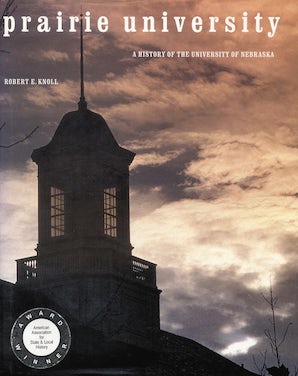 A History of the University of Nebraska

Founded in 1869, the University of Nebraska was given the awesome responsibility of educating a new state barely connected by roads and rail lines. Established as a comprehensive university, uniting the arts and sciences, commerce and agriculture, and open to all regardless of “age, sex, color, or nationality,” it has as its motto Literis dedicata et omnibus artibus—dedicated to letters and all the arts.
The University at first was confined to four city blocks and didn’t have a building until 1871. Cows grazed the campus. But soon the high aspirations of the state began to be realized. Nebraska boasted the first department of psychology west of the Mississippi River, and its faculty included national prominent scholars like botanist Charles Bessey and linguist A. H. Edgren (later a member of the Nobel Commission). Willa Cather, Roscoe Pound, Mari Sandoz, and Louise Pound ranked among its early graduates. And it developed a reputation for excellence in collegiate athletics.
Written by a beloved member of the faculty, this history shows both why Robert E. Knoll is so devoted to the University as well as the tests such devotion must endure. Its history is hardly one of placid growth and unimpeded progress. Its regents, administration, faculty, and students have periodically fought one another: sometimes over matters as crucial as the University’s purpose, shape, and destination. More often, battles waged over personalities. It is to these personalities that Knoll directs most of his attention.
The author focuses on the men and women who made a difference, for good or ill. He locates the University’s place in the changing intellectual and academic context of the United States and charts its passage through hard times and prosperity. He notes the contributions of the University to Nebraska, from the early experiments in sugar beet cultivation to the national fame of its football team. Most important, its education of generations of Nebraskans has lifted state goals and achievement, and its outreach has made the University an international community.

Robert E. Knoll is D. B. and Paula Varner Professor of English Emeritus at the University of Nebraska–Lincoln. He is the author of numerous books and editor of the letters of Weldon Kees. His articles have appeared in journals such as American Speech, College English, Hudson Review, and Prairie Schooner.

1997 Award of Merit winner, sponsored by the American Association for State and Local History 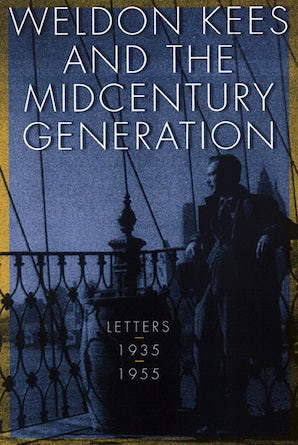 Weldon Kees and the Midcentury Generation

Weldon Kees
Edited, and with commentary, by Robert E. Knoll