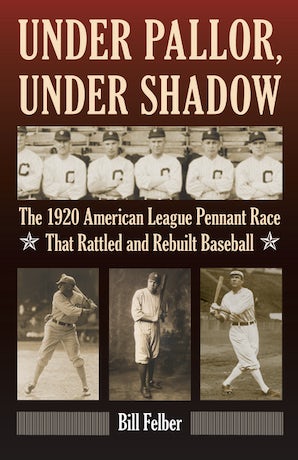 Under Pallor, Under Shadow

The 1920 American League Pennant Race That Rattled and Rebuilt Baseball

Babe Ruth, in his first season with the Yankees in 1920, was on pace to break the single-season home run record. In August Indians shortstop Ray Chapman was beaned by a pitch thrown by the Yankees’ Carl Mays during a game in New York and died the next day. In September a grand jury convened in Chicago, and four White Sox players were called to testify about fixing the 1919 World Series.
Focusing on the Cleveland Indians, the Chicago White Sox, and the New York Yankees, this book takes us back to a pivotal season when baseball was shaken by tragedy and scandal and when power shifted irretrievably from the teams’ owners to a single commissioner. The struggle for the soul of baseball, both on the field and off, is the story of how the entire American League structure changed. Following the fortunes of baseball’s stars of 1920, Under Pallor, Under Shadow shows us how a unique opportunity for reform was squandered and how the result was the transfer of authority from one powerful dictator (Ban Johnson) to another (Judge K. M. Landis). The first book to tie together the disparate elements of the 1920 pennant race, Under Pallor, Under Shadow shows us America’s pastime at a critical moment in the nation’s cultural history.

Bill Felber is the author of A Game of Brawl (Nebraska 2007), The Book on the Book: An Inquiry into Which Strategies in the Modern Game Actually Work, and other books. He has been the executive editor of the Manhattan Mercury (Kansas) since 1986.

“The story of the 1920 American League season is too good to be fiction. Who coulda thunk up a plot that included the on-field death of a popular star, the collapse of a corrupt powerhouse club, the emergence of an unlikely dictator, and a revolution in offense powered by a slugging former pitcher? Bill Felber turns his discerning eye on this watershed year—truly the dawn of modern baseball.”—Gary Gillette, coauthor of Big League Ballparks: The Complete Illustrated History
“I kept wishing that ESPN’s Sportscenter or Baseball Tonight were around when the events in Bill Felber’s sweet history of the watershed 1920 baseball season, Under Pallor, Under Shadow, were taking place. . . . No season has ever had as much news. No book has ever told the story better.”—Leigh Montville, author of The Big Bam: The Life and Times of Babe Ruth
“The 1920 American League season will always be remembered for the tragic death of Ray Chapman, but Under Pallor, Under Shadow sheds light on the many other fascinating events in this lively account of perhaps the most pivotal year in baseball history. A must-read for those who love America’s national pastime.”—Mike Sowell, author of The Pitch That Killed
"Felber's story gives us Babe Ruth, Tris Speaker; both Smokin' and Shoeless Joes, Eddie Cicotte, and Carl Mays and the man tragically paired with him, Ray Chapman. And here are Damon Runyon and Ring Lardner. Both tasty and nutritious, entirely satisfying for all fans of baseball history."—Margaret Heilbrun, Library Journal
"Thoroughly researched, sensibly presented and soundly argued—a ringing triple in the gap."—Kirkus Reviews
"It was a different era, and a year that deserves the kind of treatment Felber affords it."—Jerry Milani, Baseball Digest
"Under Pallor, Under Shadow functions both as a compelling and well-crafted story and as a vehicle for understanding the importance of the 1920 season and its place in baseball history."—William Harris Ressler, Nine

Acknowledgments
1. Ralph Young's Big Moment
2. A Babe in the City
3. Winter of Their Discontent
4. The Honeymoon
5. Reactive Revolutionary
6. The Record
7. The Last Three Weeks of Innocence and Purity in the History of Baseball
8. Under Pallor
9. Under Shadow
10. A Chigger in Conspiracy with Gamblers
11. A Phosphate at the Edelweiss
12. Eddie Chews, Chicago Stews
13. Losers Laugh, Winners Cry
14. Aftermath
15. Damon and Ring at the Series
Notes
Index 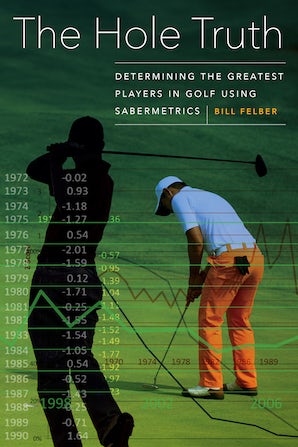