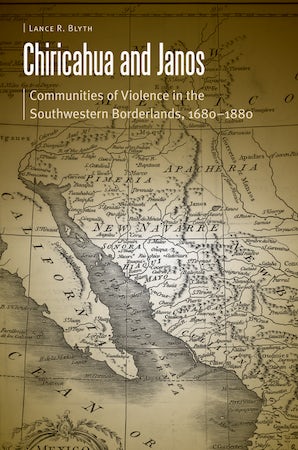 Communities of Violence in the Southwestern Borderlands, 1680-1880

Borderlands violence, so explosive in our own time, has deep roots in history. Lance R. Blyth’s study of Chiricahua Apaches and the presidio of Janos in the U.S.-Mexican borderlands reveals how no single entity had a monopoly on coercion, and how violence became the primary means by which relations were established, maintained, or altered both within and between communities.
For more than two centuries, violence was at the center of the relationships by which Janos and Chiricahua formed their communities. Violence created families by turning boys into men through campaigns and raids, which ultimately led to marriage and also determined the provisioning and security of these families; acts of revenge and retaliation similarly governed their attempts to secure themselves even as trade and exchange continued sporadically. This revisionist work reveals how during the Spanish, Mexican, and American eras, elements of both conflict and accommodation constituted these two communities, which previous historians have often treated as separate and antagonistic. By showing not only the negative aspects of violence but also its potentially positive outcomes, Chiricahua and Janos helps us to understand violence not only in the southwestern borderlands but in borderland regions generally around the world.

Lance R. Blyth is the command historian at U.S. Northern Command and a research associate in the Latin American and Iberian Institute at the University of New Mexico.

“At a time when western historians have rediscovered the borderlands to great effect, Chiricahua and Janos presents a valuable new framework for thinking about Spanish-Indian relations in the American Southwest. It is a substantial contribution to the fields of Borderlands and Native American history.”—Karl Jacoby, author of Shadows at Dawn: A Borderlands Massacre and the Violence of History

"Blyth's argument, as well as his narrative and use of traditional and non-traditional sources, is impressive and provides a framework for understanding the permeating role of violence in two borderlands communities."—Brandon Jett, Southwestern American Literature
"Chiricahua and Janos represents a valuable addition to the growing literature examining violence in zones of intercultural contact, both in the Americas and around the globe."—Paul Conrad, Journal of Interdisciplinary History
"Built on solid archival research and making good use early on of Chiricahua oral tradition, Chiricahua and Janos adds to the growing body of United States– Mexico border lands studies focused on indigenous autonomy of action."—Jesús F. De La Teja, Hispanic American Historical Review
"This is an intriguing and welcome addition to the literature on the conflict between Apaches, Spaniards, Mexicans, and Americans."—Robert K. Watt, Journal of Arizona History
"Thoroughly researched and clearly and concisely written. . . . This book is recommended for anyone, even the more casual reader, interested in the earlier frontier history of the Greater Southwest."—Dennis Reinhartz, Terrae Incognitae

“[An] example of the violent peace that cultural differences and local goals can produce.”—Robert C. Galgano, The Journal of American History
“This inaugural contribution to a new borderlands and transcultural series from the University of Nebraska Press provides a compelling microhistory while addressing big-picture questions about the region.”—Carla Gerona, Western Historical Quarterly

“This revisionist approach is applicable to border areas around the world, as well as any place where violence is endemic.”—J. A. Stuntz, Choice 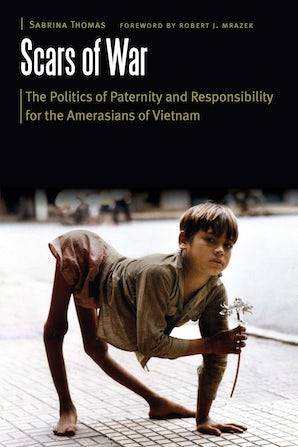