To this day, Emily Dickinson remains a beloved and enigmatic figure in American poetry. This “lady in white,” who shut herself away from the world and found solace alone with her words, has since her death been viewed primarily through the lens of her poetry, which afforded her beauty and hope amid the agony and loneliness of her life.
As a reclusive writer himself, contemporary French author Christian Bobin felt a kindred tie to the poet, and his book The Lady in White honors Dickinson in the form of a brief, poetically imagined account of her life and the work that she gave the world. This fresh and personal interpretation of Dickinson’s life leaves one with an impression of knowing Dickinson both through her poetry, as recalled by Bobin, and as he senses the person she was through her work and the sparse facts we have about her life.

Christian Bobin is a writer from the small town of Le Creusot, France. More than forty of his works have been published, several of which have been translated into English. Bobin won the Prix des Deux Magots in 1992 for his work Le Très-bas (The Very Lowly). Alison Anderson is the translator of J. M. G. Le Clézio’s Mondo and Other Stories (Nebraska, 2011) and Onitsha (Nebraska, 1997) as well as two collections of lyric essays by Christian Bobin, A Little Party Dress and I Never Dared Hope for You.

“There is a Bobin style, a way of approaching literature through the joy that words radiate, the light they hold within.” —Guy Goffette, Le Monde

“A portrait full of empathy that cares little for chronology and facts, since what really matters to the author is elsewhere. . . . Bobin preserves Emily Dickinson’s fervor, her attentiveness to small things, to nothing, to simplicity. . . . This is a biography full of grace and vision.”—Gérard Pussey, Elle Magazine (France)

"[The Lady in White is a] significant addition to the literature around Emily Dickinson."—M.A.Orthofer, Complete Review 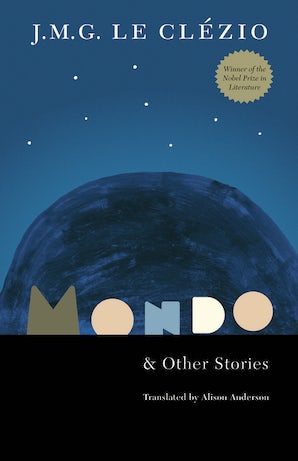 Mondo and Other Stories 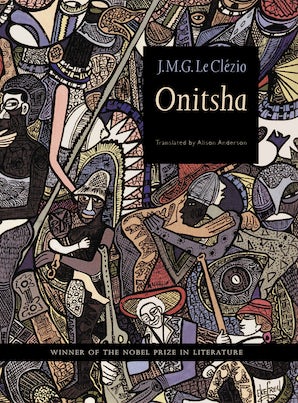