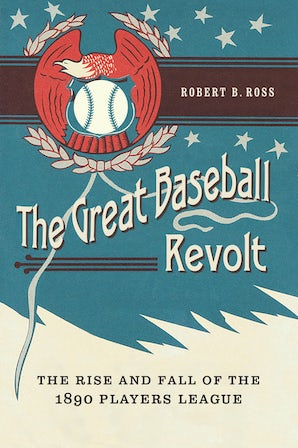 The Rise and Fall of the 1890 Players League

The Players League, formed in 1890, was a short-lived professional baseball league controlled and owned in part by the players themselves, a response to the National League’s salary cap and “reserve rule,” which bound players for life to one particular team. Led by John Montgomery Ward, the Players League was a star-studded group that included most of the best players of the National League, who bolted not only to gain control of their wages but also to share ownership of the teams.

Lasting only a year, the league impacted both the professional sports and the labor politics of athletes and nonathletes alike. The Great Baseball Revolt is a historic overview of the rise and fall of the Players League, which fielded teams in Boston, Brooklyn, Buffalo, Chicago, Cleveland, New York, Philadelphia, and Pittsburgh. Though it marketed itself as a working-class league, the players were underfunded and had to turn to wealthy capitalists for much of their startup costs, including the new ballparks. It was in this context that the league intersected with the organized labor movement, and in many ways challenged by organized labor to be by and for the people.

In its only season, the Players League outdrew the National League in fan attendance. But when the National League overinflated its numbers and profits, the Players League backers pulled out. The Great Baseball Revolt brings to life a compelling cast of characters and a mostly forgotten but important time in professional sports when labor politics affected both athletes and nonathletes.
Purchase the audio edition.

Robert B. Ross is an associate professor of global cultural studies at Point Park University in Pittsburgh. His work has appeared in Environment and Planning D: Society and Space, Antipode, Human Geography, Urban Geography, and Area Chicago, among other places.

"[The Great Baseball Revolt] makes a substantial contribution to our understanding of the early days of the business of baseball."—Roger I. Abrams, New York Journal of Books
"Robert Ross has done some heavy lifting with producing this book."—Gregg's Baseball Bookcase
"As a contribution to our understanding of the role of athletes and sports leagues in American life, this text is outstanding. From it, I learned why I should care about economic details that at first did not interest me. I also learned what David Ortiz and Clayton Kershaw owe to John Montgomery Ward."—Edward G. Mahoney, New York Labor History
"Ross is a gifted writer and storyteller, who brings to life the larger-than-life characters who fought to create the league, and thus something like a cooperative of leisure capital (John Montgomery Ward, Mike Kelly, and dozens more) or worked to undermine it (most prominently Albert Spalding, the sporting goods impresario). The Great Baseball Revolt is a fine example of narrative history being put to work for historical-geographical explication."—AAG Review of Books
"This book is both well written and well researched, and the author does an excellent job of making this material accessible for nonacademics without losing any of the scholarship required of such a work. I recommend this book to not just scholars of sport, labor, and urban geography, but also to anyone who considers themselves a baseball fan. The Players League is a significant event in the early history of baseball, and one, until now, that has been largely forgotten."—Michael Hawkins, Historical Geography
“Sports historians rarely reference the 1890s Players League—that failed attempt at radical baseball democracy. That’s because this is history that’s dangerous to the current powers that be, because it’s an example, however flawed, of athletes trying to take their destinies into their own hands. Robert Ross’s ingenious book restores this narrative to its rightful place not only in sports history but in our collective people’s history. If your list of heroes ranges from Henry Aaron to Howard Zinn, you will absolutely love this book.”—Dave Zirin, sports editor of The Nation 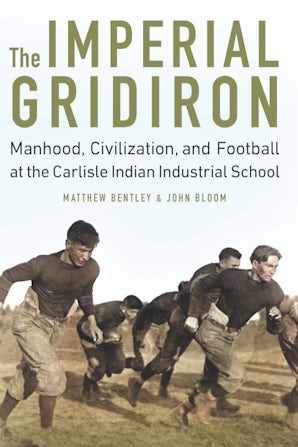