War, Trauma, and Social Dislocation in Southwest China during the Ming-Qing Transition

The Manchu Qing victory over the Chinese Ming Dynasty in the mid-seventeenth century was one of the most surprising and traumatic developments in China’s long history. In the last year of the Ming, the southwest region of China became the base of operations for the notorious leader Zhang Xianzhong (1605–47), a peasant rebel known as the Yellow Tiger. Zhang’s systematic reign of terror allegedly resulted in the deaths of at least one-sixth of the population of the entire Sichuan province in just two years. The rich surviving source record, however, indicates that much of the destruction took place well after Zhang’s death in 1647 and can be attributed to independent warlords, marauding bandits, the various Ming and Qing armies vying for control of the empire, and natural disasters.

On the Trail of the Yellow Tiger is the first Western study to examine in detail the aftermath of the Qing conquest by focusing on the social and demographic effects of the Ming-Qing transition. By integrating the modern techniques of trauma and memory studies into the military and social history of the transition, Kenneth M. Swope adds a crucial piece to the broader puzzle of dynastic collapse and reconstruction. He also considers the Ming-Qing transition in light of contemporary conflicts around the globe, offering a comparative military history that engages with the universal connections between war and society.

Kenneth M. Swope is a professor of history, director of graduate studies, and senior fellow of the Dale Center for the Study of War and Society at the University of Southern Mississippi. He is the author of A Dragon’s Head and a Serpent’s Tail: Ming China and the First Great East Asian War, 1592–1598 and The Military Collapse of China’s Ming Dynasty, 1618–44.

"Swope here provides an in-depth study of the transition from Ming to Qing in Southwest China. This book is satisfying to readers who are interested in the history of the Ming-Qing transition and military conflicts in seventeenth-century global history."—Ting-Chih Wu, H-War
"Swope's narration of the many battles and massacres is fluid and easy to follow."—K.E. Stapleton, Choice
"Kenneth Swope presents his readers with a powerful epic narrative of the great ordeal of Southwest China during the Ming-Qing transition."—Wing Kin Puk, Journal of Chinese History
"Kenneth Swope's book offers a masterful analysis of the strategies and tactics of the main players in a brutal, multilayered conflict, including peasant rebels, the Southern Ming, and the Manchu Qing. . . . On the Trail of the Yellow Tiger is a lucid, often thrilling treatment of its subject; it will appeal to both scholarly and general audiences."—Xing Hang, Michigan War Studies Review
"On the Trail of the Yellow Tiger is a judicious and well-researched study of war, trauma, and social dislocation during one of the most violent and chaotic periods in Chinese history. . . . Swope's study will be of great value to graduate students and historians of China, as well as to scholars interested in comparative history and military history of the early modern period."—Robert J. Antony, American Historical Review
“Zhang Xianzhong, known as the butcher of Sichuan, is one of the most riveting—and frightening—figures in Chinese history. Yet no book in English has ever been published on him. In this accessible and vivid study Ken Swope assesses the history and legacy of this infamous rebel leader, showing that his bloody reign was of signal importance in the emergence of China’s last imperial dynasty. It belongs on the bookshelf of anyone interested in Qing history or global military history.”—Tonio Andrade, professor of history at Emory University and author of The Gunpowder Age
“With this new study Ken Swope consolidates his reputation as the prime investigator of war in early modern China. The book provides at once the portrait of a rebel leader, a close-up view of the horrors of war and famine, and a detailed analysis of the devastation of Sichuan in the Ming-Qing transition. The engaging narrative brings to life the realities of a period of Chinese history that still remains largely unknown to a Western audience.”—Nicola Di Cosmo, Henry Luce Foundation Professor of East Asian History at the Institute for Advanced Study at Princeton University
“Noteworthy for its examination of the ‘rhetoric of catastrophe.’ The perception and representation of the horrors resulting from civil strife is a subject that is relevant throughout all of China’s imperial history. The book is grounded in an impressive range of modern Chinese secondary scholarship and traditional sources, including eyewitness accounts. Kenneth Swope has a real talent for writing lively and colorful narrative and for incorporating seventeenth-century voices into that story.”—David A. Graff, Pickett Professor of Military History and director of the East Asian Studies program at Kansas State University

Contents
List of Illustrations
Acknowledgments
Note on Editorial Style
Chronology of the Ming-Qing Transition
1. Zhang Xianzhong and the Ming-Qing Transition
2. The Rise of the Yellow Tiger
3. Establishing the Great Western Kingdom
4. Looting Heaven’s Storehouse
5. Erasing the Shame of Banditry
6. Allying with the Ming
7. A House Divided
8. The Annihilation of the Kuidong 13
9. The Rhetoric of Catastrophe
Appendix 1: Defenders, Contenders, and Pretenders
Appendix 2: Chinese Weights and Measures
Appendix 3: Rebels, Rogues, Regents, and Rascals
Notes
Bibliography
Index

Listen to an interview with the author. 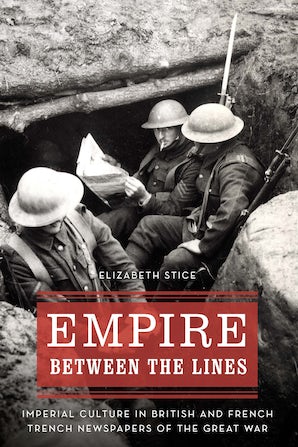 Empire between the Lines