The political culture of Oregon has long had a reputation for innovative policy, maverick politicians, and independent political thought, but instead of using the term “progressive” to describe the state’s political leanings, the editors of Oregon Politics and Government believe a more accurate descriptor would be “schizophrenic.” Oregon Politics and Government provides not only an overview of the state’s politics and government; it also explains how the divide between progressives and conservative populists defines Oregon politics today.
Early in the state’s history, reformers championed many causes: the initiative and referendum process for setting public policy, the recall of public officials, the direct election of U.S. senators, and women’s suffrage. Since then, the state has asserted control over beaches, imposed strict land-use laws, created an innovative regional government, introduced voting through the mail, allowed for physician-assisted suicide, and experimented with universal healthcare. Despite this list of accomplishments, however, Oregon is divided between two competing visions: one that is tied to progressive politics and another that is committed to conservative populism. While the progressive side supports a strong and active government, the conservative populist side seeks a smaller government, lower taxes, fewer restrictions on private property, and protection for traditional social values. The struggle between these two forces drives Oregon politics and policies today.

Richard A. Clucas is an associate professor of political science at Portland State University. He is the editor of Readings and Cases in State and Local Politics and the general editor of About U.S. State Government: An Encyclopedia of the Executive, Legislative, and Judicial Branches. Mark Henkels is a professor of political science and administration at Western Oregon University. Brent S. Steel is the director for the Master of Public Policy Program at Oregon State University. He is a coeditor of Political Culture and Policy in Canada and the United States: Only a Border Apart? and the author of Environmental Politics and Policy.

"An excellent edition to the University of Nebraska's monograph series on the American states."—E. T. Jones, Choice
“Here is a volume that could easily, and with justification, be called the definitive guide to politics in Oregon. The editors know what they are doing. . . . The book consists of a series of solid essays from knowledgeable experts. . . . Anyone who hopes to understand Oregon politics needs to read this book. It is an in-depth analysis of where we are and how we got there.”—Dan Hays, Statesman Journal [Salem, Oregon]
“Groundbreaking . . . Oregon Politics and Government is a definitive book on Oregon government and the only one of its kind on the market.”—MedfordNews.com [Medford, Oregon]
“Readers in search of an insightful and balanced view of Oregon political life will find much to appreciate in this book. . . . Each author brings uncommon insight to his or her respective area of attention, and the artful combination of these insights by the editors make this book a strong addition to literature on U.S. state governments and their distinctive political cultures.”—Oregon Historical Quarterly 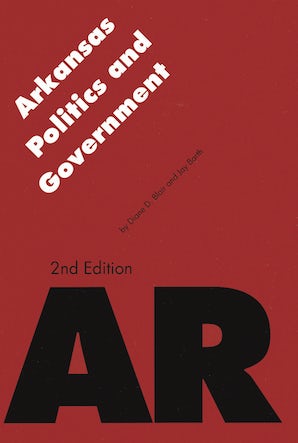