While the accomplishments and influence of Jack Johnson, Joe Louis, Jesse Owens, Jackie Robinson, and Muhammad Ali are doubtless impressive solely on their merits, these luminaries of the Black sporting experience did not emerge spontaneously. Their rise was part of a gradual evolution in social and power relations in American culture between the 1890s and 1940s that included athletes such as jockey Isaac Murphy, barnstorming pilot Bessie Coleman, and golfer Teddy Rhodes. The contributions of these early athletes to our broader collective history, and their heroic confrontations with the entrenched racism of their times, helped bring about the incremental changes that after 1945 allowed for sports to be more fully integrated.

Before Jackie Robinson details and analyzes the lives of these lesser-known but important athletes within the broader history of Black liberation. These figures not only excelled in their given sports but also transcended class and racial divides in making inroads into popular culture despite the societal restrictions placed on them. They were also among the first athletes to blur the line between athletics, entertainment, and celebrity culture. This volume presents a more nuanced account of early Black American athletes’ lives and their ongoing struggle for acceptance, relevance, and personal and group identity.

Gerald R. Gems is a professor in the Kinesiology Department at North Central College in Naperville, Illinois, and vice president of the International Society for the History of Physical Education and Sport. He is the author of several books, including Boxing: A Concise History of the Sweet Science and The Athletic Crusade: Sport and American Cultural Imperialism (Nebraska, 2006).

"These essays, taken together, highlight the importance of incremental change in popular conceptions of African American public figures and the intersections of athletics, entertainment, and politics in the days before Jackie Robinson integrated Major League Baseball."—Katherine Mooney, Journal of Sport History
"[Before Jackie Robinson] highlights relatively unknown yet vitally important figures, men and women whose stories enrich and enlarge the understanding of American race relations through the lens of athletics."—Frank E. Dobson Jr., Journal of American Culture
"[Before Jackie Robinson is] a necessary and useful look at sports in commentary that encompasses racial, gender and social lenses."—Bob D'Angelo, Sports Bookie
"Gerald Gems has brought together the experiences of twelve African American athletes who broke down barriers and participated in sports in which they excelled. The authors provide readers with information about both well- and little-known African American athletes who triumphed over anti-black racism, served as examples for those who followed, and contributed to the complex narrative of sport in US history."—Amy Essington, Journal of African American History
"This homage to "those who came before" brings fresh eyes to the African American athletic fold. The most appealing aspect about this text is the way it exposes a new audience to various African American athletes who have rarely been covered."—Jack Cornwell, Chronicles of Oklahoma
“This anthology will serve as a tantalizing introduction to race and sport.”—Donald Spivey, professor of history at the University of Miami and the author of Black Pearls of Wisdom: Voicing the African-American Journey for Freedom, Empowerment, and the Future 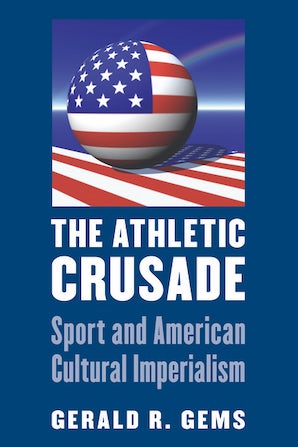