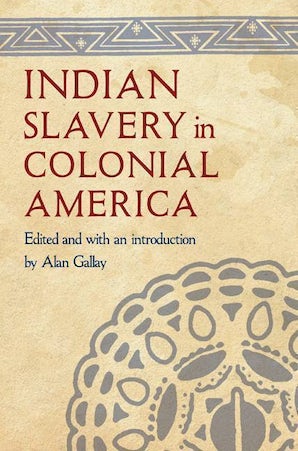 European enslavement of American Indians began with Christopher Columbus’s arrival in the New World. The slave trade expanded with European colonies, and though African slave labor filled many needs, huge numbers of America’s indigenous peoples continued to be captured and forced to work as slaves. Although central to the process of colony building in what became the United States, this phenomena has received scant attention from historians.

Indian Slavery in Colonial America, edited by Alan Gallay, examines the complicated dynamics of Indian enslavement. How and why Indians became both slaves of the Europeans and suppliers of slavery’s victims is the subject of this book. The essays in this collection use Indian slavery as a lens through which to explore both Indian and European societies and their interactions, as well as relations between and among Native groups.

Alan Gallay is a professor of history at Texas Christian University. He is the author or editor of several books, including The Indian Slave Trade: The Rise of the English Empire in the American South, 1670–1717, winner of the 2003 Bancroft Prize, and Voices of the Old South: Eyewitness Accounts, 1528–1861.

"A splendid anthology, full of rigorously researched and strongly written essays that will rapidly become must reading for historians of early America."—P. Harvey, CHOICE
"These powerful and well-written essays, collected in a clearly organized volume, shed valuable light on a long-neglected aspect of colonial history. Indian slavery can no longer be ignored."—Mikaëla M. Adams, North Carolina Historical Review
"This collection brings much needed scholarly attention to the many faces of Indian slavery and hopefully indicates a growing interest on an exciting topic."—Janne Lahti, Southwestern Historical Quarterly
"Indian slavery was a real, prolonged, contradictory, catastrophic, and essential facet of native history and American colonial history. Unlike Hernando de Soto's slaving and stealing expedition in the mid-sixteenth-century Southeast, this collection leaves us with a wealth of pearls."—Tiya Miles, Journal of American History
"This volume is valuable to students and scholars who study North American Indians, New World slavery, European expansion and colonization, and the history of colonial North America more generally."—Heidi Scott Giusto, Florida Historical Quarterly
"This is a tremendously valuable book. . . . There is no better single-volume introduction to the history of Indian slavery in early America. All serious students of early American history, the colonial South, and slavery in general will benefit from time spent with this edited collection."—Jon Parmenter, Journal of Southern History

2. “They shalbe slaves for their lives”: Indian Slavery in Colonial Virginia

5. Apalachee Testimony in Florida: A View of Slavery from the Spanish Archives

7. The Making of a Militaristic Slaving Society: The Chickasaws and the Colonial Indian Slave Trade

8. A Spectrum of Indian Bondage in Spanish Texas

9. "We Betray Our Own Nation": Indian Slavery and Multi-ethnic Communities in the Southwest Borderlands

10. “A Little Flesh We Offer You”: The Origins of Indian Slavery in New France 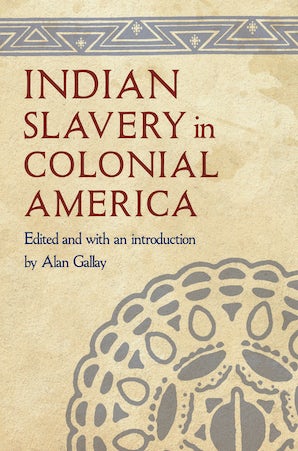