“One will have to look hard to find a work based on research as thorough as that which informs this book. While past studies of Creek removal have rarely risen above policy history, Haveman’s work places the emphasis on the Creeks’ experiences during their ordeal. Creeks speak for themselves throughout. Students of Indian removal will find it a good read. Arkansas readers will be pleased with Haveman’s presentation of Creek experiences during their travels through the state. Writers of other histories of tribal removal would do well to read Haveman’s work and take a cue from it.”—Daniel Littlefield Jr., Arkansas Historical Quarterly

“Rivers of Sand explores how American citizens used various levers to pry the Creek nation out of its ancestral homeland in Georgia and Alabama. The result, Haveman argues in the book’s most important conclusion, was the ethnic cleansing of the antebellum South. Whether or not scholars accept the argument remains to be seen, but the book forces us to reconsider the basic language and periodization of the field. . . . Haveman’s interpretation derives great force from the spadework he undertook to uncover exactly how the [ethnic] cleansing happened.”—James Taylor Carson, Journal of American History

“Christopher Haveman presents a much-needed and compelling narrative of the forced removal of the Creek Indians. In Haveman’s hands, the inexorable weight of American expansion is felt as it played out on the ground in rampant and illegal land speculations, the forced signing of treaties, the invasion of Americans into Creek country, corrupt contractors, bitter intra-Creek disputes, and the subsequent suffering and grief of thousands of Creek men and women forced into exile from their homelands.”—Robbie Ethridge, author of Creek Country: The Creek Indians and Their World
“Haveman offers an unflinching look at America’s own ethnic cleansing in this carefully researched study of Indian removal. A powerful book that exposes the brutality of U.S. policy while never losing sight of the perseverance of Indian people.”—Christina Snyder, author of Slavery in Indian Country: The Changing Face of Captivity in Early America
"Through this comprehensive assessment of nineteenth-century Creek removal policy, Haveman exposes various methods of ethnic cleansing ranging from explicit laws, through manipulative treaties, to the push and pull of economic factors, enacted through various agents all the while retaining a focus on the plight of Creeks and their continued survival and pride despite the tragic events endured."—Melanie Vasselin, Native American and Indigenous Studies
"Scholars interested in knowing more about not only the Creek experience but also the logistics that shaped the removal process on the ground should read Rivers of Sand."—John P. Bowes, Journal of Southern History
"A fascinating work."—J.R. Burch Jr., CHOICE
"Haveman's narrative of Creek removal during the early to mid-nineteenth century is a testament to exhaustive research and judicious analysis."—Bryan Rindfleisch, H-AmIndian
"Deeply researched and clearly written, Rivers of Sand gives readers a lot to contemplate."—Robert M. Owens, Tribal College Journal
"Haveman has produced a sensitive, readable, and comprehensive account of the ethnic cleansing of Creek Indian people from the American South. While other scholars have addressed the political roots of the removal, the many frauds that emerged from it, and the consequences for reestablishing the Nation in the West, this book will stand as the go-to work for those seeking a broader understanding of Creek removal as a whole as well as those hoping to identify the vast array of materials that document both the suffering and the resilience of the Creek people."—Angela Pulley Hudson, Alabama Review

Winner of the James F. Sulzby Book Award from the Alabama Historical Association 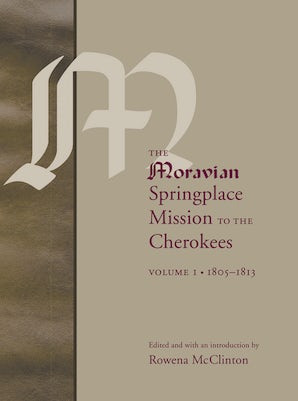