As the first serious study and presentation of the Sheldon Museum of Art’s collection of works on paper, this catalog introduces students and art lovers alike to the largest, most international area of the museum’s holdings, which includes prints and drawings from the European Renaissance to the present. Like the other collection catalogs in the American Transnationalism series, this publication draws together a team of distinguished scholars and features some of the museum’s most iconic works. These include rarely seen yet important objects such as medieval manuscript illuminations and Renaissance prints; nineteenth-century drawings and prints by such artists as Mary Cassatt, Winslow Homer, and James McNeill Whistler; twentieth-century works by Peggy Bacon, George Bellows, Charles Demuth, Marjorie Organ Henri, John Marin, Georgia O’Keeffe, Diego Rivera, and Charles White; and contemporary works by Robert Colescott, Vija Celmins, Roy Lichtenstein, Judy Pfaff, and Kara Walker. 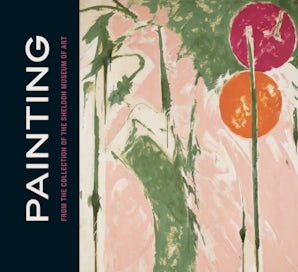 Painting from the Collection of the Sheldon Museum of Art