Rewriting the Rules of Reporting

When war erupted in Europe in 1914, American journalists hurried across the Atlantic ready to cover it the same way they had covered so many other wars. However, very little about this war was like any other. Its scale, brutality, and duration forced journalists to write their own rules for reporting and keeping the American public informed.

American Journalists in the Great War tells the dramatic stories of the journalists who covered World War I for the American public. Chris Dubbs draws on personal accounts from contemporary newspaper and magazine articles and books to convey the experiences of the journalists of World War I, from the western front to the Balkans to the Paris Peace Conference. Their accounts reveal the challenges of finding the war news, transmitting a story, and getting it past the censors. Over the course of the war, reporters found that getting their scoop increasingly meant breaking the rules or redefining the very meaning of war news. Dubbs shares the courageous, harrowing, and sometimes humorous stories of the American reporters who risked their lives in war zones to record their experiences and send the news to the people back home.

Chris Dubbs is a military historian living in Edinboro, Pennsylvania, and has worked as a newspaper journalist, editor, and publisher. He is the author of America’s U-Boats: Terror Trophies of World War I (Nebraska, 2014) and the coauthor of Realizing Tomorrow: The Path to Private Spaceflight (Nebraska, 2011).

"A fascinating collection of stories."—Military Review
"Those interested in the evolution of war coverage will certainly enjoy Dubbs's work. Anyone wanting to get a view of the war through a slightly different angle also cannot go wrong by reading American Journalists in the Great War."—Dave Page, Journal of America's Military Past
"An interesting mix of hard and popular history, American Journalists in the Great War is worthy of attention from both historians and fans of history alike."—Willie R. Tubbs, American Journalism
"This book's author, Chris Dubbs, can spin a yarn to rival even the great American journalist Richard Harding Davis. . . . This is history at its most accessible and significant."—Margaret Spratt, Roads to the Great War blog
"Dubbs explores the great stories of the war."—Peter Reichard, America: The Jesuit Review
"Chris Dubbs captures the dangers, challenges, and occasional glamour of the journalists who performed the daily historical and photographic preservation of the battles and frustrations of a war that changed the face of Europe and shattered millions of lives. . . . World War I ended approximately 100 years ago, but Dubbs presents issues that journalists and newspaper readers still grapple with a century later."—Michael J. Piellusch, On Point: The Journal of Army History
"Journalism, as we know it, faces challenges on many fronts today, and Dubbs has given us a valuable window from which to see what an important role it has played in our past."—Stephen Vaughn, Historian
“Like the reporters in his narrative, Chris Dubbs has a keen eye for a good story, and he packs American Journalists in the Great War with entertaining anecdotes about the lengths to which American journalists would go to get a scoop.”—Steven Trout, author of On the Battlefield of Memory: The First World War and American Remembrance, 1919–1941

“This book fills a serious historical gap in understanding the role played by American wartime correspondents in the evolution of journalistic rules of engagement during the Great War. . . . Simply put, American Journalists in the Great War is detailed, meaningful, and essential history that deserves noteworthy reception.”—Col. David R. Fabian, U.S. Army (Ret.), chief of staff, the Army Historical Foundation

“Chris Dubbs recounts the swashbuckling men and women who risked life and limb, struggling against censors and battlefield conditions, to report the Great War. This book is a timely read in an era of unending war that will be of interest to both the general and the scholarly reader.”—Mitchel P. Roth, author of The Encyclopedia of War Journalism, 1807–2010

List of Illustrations
Acknowledgments
Introduction
1. Prelude to Armageddon
2. Learning to Report a World War
3. What Is an Atrocity?
4. The Central Powers Manage the News
5. Pushing the Limits of Reporting on the Western Front
6. The Front Door and Back Door to Russia
7. Gallipoli and Greece
8. A Revolution in the Midst of War
9. Credentialed with the AEF
10. After the Fighting
Appendix: Journalists Mentioned in American Journalists in the Great War
A Word about Sources
Bibliography
Index 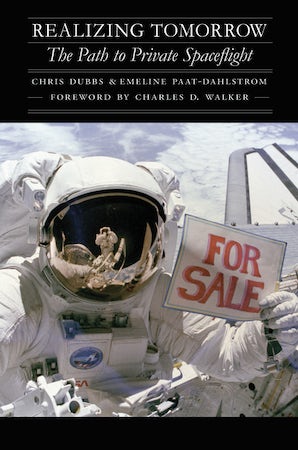