Mobility and the Making of the Eastern U.S.-Mexico Border

The Limits of Liberty chronicles the formation of the U.S.-Mexico border from the perspective of the “mobile peoples” who assisted in determining the international boundary from both sides in the mid-nineteenth century. In this historic and timely study, James David Nichols argues against the many top-down connotations that borders carry, noting that the state cannot entirely dominate the process of boundary marking. Even though there were many efforts on the part of the United States and Mexico to define the new international border as a limit, mobile peoples continued to transgress the border and cross it with impunity.

Transborder migrants reimagined the dividing line as a gateway to opportunity rather than as a fence limiting their movement. Runaway slaves, Mexican debt peones, and seminomadic Native Americans saw liberty on the other side of the line and crossed in search of greater opportunity. In doing so they devised their own border epistemology that clashed with official understandings of the boundary. These divergent understandings resulted in violence with the crossing of vigilantes, soldiers, and militias in search of fugitives and runaways.

The Limits of Liberty explores how the border attracted migrants from both sides and considers border-crossers together, whereas most treatments thus far have considered discrete social groups along the border. Mining Mexican archival sources, Nichols is one of the first scholars to explore the nuance of negotiation that took place between the state and mobile peoples in the formation of borders.

"Limits of Liberty is an important contribution to multiple historiographies . . . and [it] should be required reading for anyone interested in the region, the people, and their histories."—Jose Angel Hernandez, New Mexico Historical Review
"The Limits of Liberty stands as a well-researched and deeply informative study of borderlands and transcultural studies. Throughout the nine chapters, it weaves together poignant, human stories in original, compelling, and accessible ways. Students new to borderlands history as well as seasoned readers will find much to consider in this work."—Claire Wolnisty, H-Nationalism
"The Limits of Liberty makes significant historiographical interventions and is an outstanding contribution to border studies, Texas history, and the history of the American West and northern Mexico."—Mark A. Goldberg, Southwestern Historical Quarterly
"In this excellent and timely work of transnational history, James David Nichols assesses the multidirectional nature of human migration between South Texas and northeastern Mexico during the period 1821–1861, with an emphasis on independent Indians, chattel slaves, and debt peons."—William S. Kiser, Journal of Arizona History
"This is more than a timely read for scholars interested in the Mexico-U.S. border and the history of borderlands more generally. The Limits of Liberty offers a scholarly model for understanding how distinctions between nations manifested on the borderlands and simultaneously how those who occupied the border helped define these nations."—Andrew K. Frank, Journal of American History
“As James Nichols reveals in this important new book, the U.S.-Mexico border has simultaneously functioned as a space of liberation and opportunity as well as a zone of confinement and limitation. Grounded in research in archives on both sides of the border and peopled with a fascinating cast of fugitive slaves, escaped peones, and indigenous peoples, The Limits of Liberty is essential reading for all borderlands historians.”—Karl Jacoby, professor of history at Columbia University

“James Nichols shows how a dizzying array of historical actors used the early U.S.-Mexico border for their own purposes, sometimes pleasing national authorities and sometimes greatly vexing them. We are accustomed to thinking of borders as barriers, but Nichols shows how this border invited crossing and inspired dreams of hope and freedom. This deeply empathetic and creative study should be required reading for borderlands historians.”—Benjamin H. Johnson, associate professor of history at Loyola University. Chicago

“The Limits of Liberty skillfully captures a range of borderlanders along this developing and changing line of liberty; it especially excels by providing new perspectives on slaves and slavery, debt peons, vecinos, and the Lipan Apaches, using narrative accounts based on archival materials to reveal new dimensions of the U.S.-Mexico border.”—Todd W. Wahlstrom, visiting assistant professor of history in Seaver College at Pepperdine University

“Nichols offers a prismatic view of the various peoples moving through the Texas-Mexico borderlands during tumultuous points in the nineteenth century. . . . By stimulating our thinking on what liberty has meant to different people, and in what ways freedom can appear and disappear, Nichols continues the important work of delving into the long-intertwined histories of Texas, Mexico, and the still-swirling spaces and societies between.”—Lori A. Flores, associate professor of history at Stony Brook University, SUNY

List of Illustrations
Acknowledgements
Introduction
“A Country in Which He Could Acquire Liberty”:
The Making of Borderlands Mobility
Chapter 1
“La Frontera del Norte:” Lipan Apaches and the Troubled Rise of Mexico in the Borderlands
Chapter 2
Racial Fault Lines: Immigrant Indians in Mexico
Chapter 3
“Impatient for the Promised Freedom”:
Runaway Slaves in the Age of the Texan Revolution
Chapter 4
“A Great System of Roaming:”
Runaway Debt Peons and the Making of the International Border
Chapter 5
Warriors in Want: Immigrant Tribes and Borderlands Insecurity
Chapter 6
The Line of Liberty:
Runaway Slaves after the Treaty of Guadalupe Hidalgo
Chapter 7
Bordering on the Illicit:
Violence and the Making of the International Line
Chapter 8
“Not Even Seeming Friendship”:
Lipan Apaches and the Promises and Perils of Play-off Diplomacy
Chapter 9
Sacrificed on the Altar of Liberty:
Regionalism and Cooperation in the Age of Vidaurri
Conclusion
Mobility Uninterrupted: The Limits of Liberty
Bibliography
Notes
Index 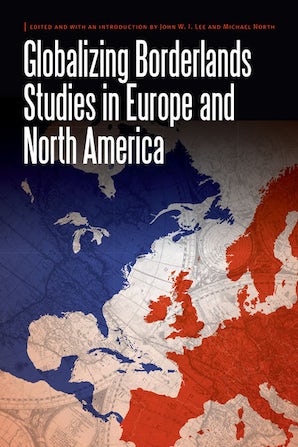 Edited and with an introduction by John W. I. Lee and Michael North

The Borderland of Fear