Queering the French-Algerian War and Its Postcolonial Legacies

Situated at the crossroads of queer theory and postcolonial studies, Hybrid Anxieties analyzes the intertwined and composite aspects of identities and textual forms in the wake of the French-Algerian War (1954–1962). C. L. Quinan argues that the war precipitated a dynamic in which a contestation of hegemonic masculinity occurred alongside a production of queer modes of subjectivity, embodiment, and memory that subvert norms. Innovations in literature and cinema were also directly impacted by the long and difficult process of decolonization, as the war provoked a rethinking of politics and aesthetics. The novels, films, and poetry analyzed in Hybrid Anxieties trace this imbrication of content and form, demonstrating how a postwar fracturing had both salutary and injurious effects, not only on bodies and psyches but also on artistic forms.

Adopting a queer postcolonial perspective, Hybrid Anxieties adds a new impulse to the question of how to rethink hegemonic notions of gender, sexuality, and nationality, thereby opening up new spaces for considering the redemptive and productive possibilities of negotiating life in a postcolonial context. Without losing sight of the trauma of this particularly violent chapter in history, Hybrid Anxieties proposes a new kind of hybridity that, however anxious and anticipatory, emphasizes the productive forces of a queer desire to deconstruct teleological relationships between past, present, and future.

C. L. Quinan is an assistant professor of gender studies in the Department of Media and Cultural Studies at Utrecht University in the Netherlands.

“In this fascinating study Quinan analyzes fictions that plumb anxieties about hybridity—racial, sexual, gendered, and national—in the wake of the French-Algerian war. Hybrid Anxieties offers a brilliant and much-needed synthesis of queer theory, postcolonial studies, and deconstruction in a French and Algerian context.”—Kadji Amin, author of Disturbing Attachments: Genet, Modern Pederasty, and Queer History
“Hybrid Anxieties maps out and unpacks an important and timely topic, timely in terms of popular and political discussion but also in terms of scholarly debates about the queer, the postcolonial, and their intersections and about the histories of post-decolonization France. Quinan writes clearly and with style and makes claims incisively and convincingly.”—Todd Shepard, author of Sex, France, and Arab Men, 1962–1979
“The novelty of Hybrid Anxieties lies in its choice of sources, none of which are completely Maghrebian; rather, they might be situated at the place of the colonial encounter itself, in a sort of in-between à la Homi K. Bhabha. Given that Bhabha’s ‘in-between’ is inextricably linked to his conceptualization of ‘hybridity,’ I think that Quinan’s inclusion of this latter concept as one of the book’s key theoretical notions offers a unique opportunity to tease out possible connection between hybridity and queerness.”—Jarrod Hayes, author of Queer Roots for the Diaspora: Ghosts in the Family Tree 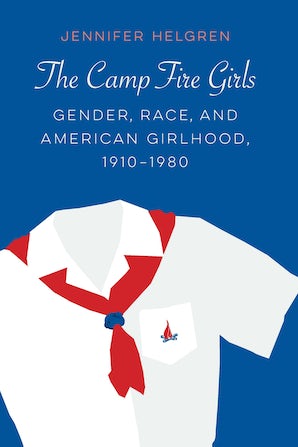