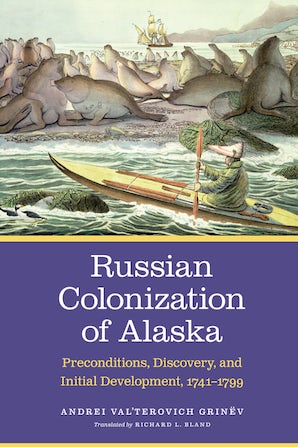 In Russian Colonization of Alaska, Andrei Val’terovich Grinëv examines the sociohistorical origins of the former Russian colonies in Alaska, or “Russian America,” between 1741 and 1799. Beginning with the Second Kamchatka Expedition of Vitus Ivanovich Bering and Aleksei Ilyich Chirikov’s discovery of Alaska and the Aleutian Islands and ending with the formation of the Russian-American Company’s monopoly of the Russian colonial endeavor in the Americas, Russian Colonization of Alaska offers a definitive, revisionist examination of Tsarist Russia’s foray into the imperial contest in North America.

Russian Colonization of Alaska is the first comprehensive study to analyze the origin and evolution of Russian colonization based on research into political economy, history, and ethnography. Grinёv’s study elaborates the social, political, spiritual, ideological, personal, and psychological aspects of Russian America. He also accounts for the idiosyncrasies of the natural environment, competition from other North American empires, Alaska Natives, and individual colonial diplomats. The colonization of Alaska, rather than being simply a continuation of the colonization of Siberia by Russians, was instead part of overarching Russian and global history.

Andrei Val’terovich Grinëv has a PhD in historical sciences and is a professor in the Graduate School of Social Sciences at the Peter the Great St. Petersburg Polytechnic University, Russia. He has published more than 150 articles, primarily on the history and ethnology of Russian America. Grinëv is the author of several monographs, including The Tlingit Indians in Russian America, 1741–1867 (Nebraska, 2005). Richard L. Bland is a research associate for the University of Oregon Museum of Natural and Cultural History. He translated The Tlingit Indians in Russian America, 1741–1867 (Nebraska, 2005).

"Grinëv has produced the most comprehensive account of the early colonization of Alaska. It will be very useful to those who are interested in the history of Alaska, Russia, and the American West."—Andrei Znamenski, Alaska History
"This work contains much information of interest to Western scholars on the Russian approach to colonization."—Joseph Dane Hartgrove, Journal of American History
"Russian Colonization of Alaska is a welcome addition to the growing body of recent literature in English on Alaska under Russian control, or 'Russian America.'"—Chia Yin Hsu, Pacific Historical Review
"Grinëv has written a stimulating, thorough, and quite readable account of the history of early Russian America. . . . This volume should appeal to anyone interested in Alaskan history and/or the history of discovery, exploration, and empire."—Dennis Reinhartz, Terrae Incognitae
"With the publication of Russian Colonization of Alaska, Andrei V. Grinëv . . . demonstrates once again why he is considered one of the world's foremost experts on the Russian period of Alaska's history."—Katherine L. Arndt, Russian Review
"With Russian Colonization of Alaska: Preconditions, Discovery, and Initial Development, 1741–1799, Andrei Grinëv widens his already impressive body of scholarship on the history of Russian America."—Ian Halter, H-Russia
“Located at the intersection of colonial Russian and precolonial North American (particularly Native North American) history, the subject matter of this book is very important. This is a major contribution to the field. There has not been anything published in Russian or English (or any other language) that could compare with it in scope and theoretical sophistication.”—Sergei Kan, professor of anthropology and Native American studies at Dartmouth College and author of Memory Eternal: Tlingit Culture and Russian Orthodox Christianity Through Two Centuries

List of Illustrations
Acknowledgments
Introduction
1. Prehistory of the Russian Colonization of the New World
2. The First Information about Alaska and Its Discovery by Russian Mariners
3. Opening Up of the Aleutian Islands by Russian Promyshlenniki, 1743–83
4. Activities of G. I. Shelikhov and the Founding of the First Permanent Russian Settlements in America
5. Russian Promyshlenniki in Alaska at the End of the Eighteenth Century
Conclusion
Appendix
Notes
Glossary
Bibliography
Index 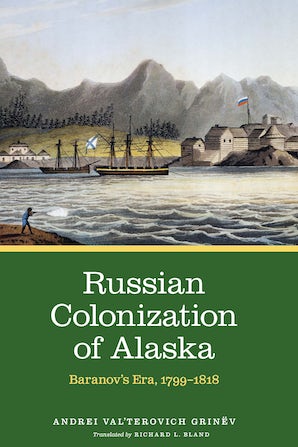 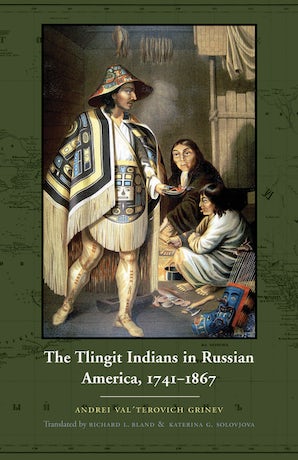 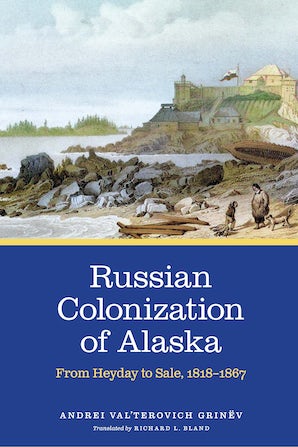