The 1848 Treaty of Guadalupe Hidalgo, which transferred more than a third of Mexico’s territory to the United States, deferred full U.S. citizenship for Mexican Americans but promised, “in the mean time,” to protect their property and liberty. Erin Murrah-Mandril demonstrates that the U.S. government deployed a colonization of time in the Southwest to insure political and economic underdevelopment in the region and to justify excluding Mexican Americans from narratives of U.S. progress. In In the Mean Time, Murrah-Mandril contends that Mexican American authors challenged modern conceptions of empty, homogenous, linear, and progressive time to contest U.S. colonization.

Taking a cue from Latina/o and borderlands spatial theories, Murrah-Mandril argues that time, like space, is a socially constructed, ideologically charged medium of power in the Southwest. In the Mean Time draws on literature, autobiography, political documents, and historical narratives composed between 1870 and 1940 to examine the way U.S. colonization altered time in the borderlands.

Rather than reinforce the colonial time structure, early Mexican American authors exploited the internal contradictions of Manifest Destiny and U.S. progress to resist domination and situate themselves within the shifting political, economic, and historical present. Read as decolonial narratives, the Mexican American cultural productions examined in this book also offer a new way of understanding Latina/o literary history.

Erin Murrah-Mandril is an assistant professor of English and a core faculty member for the Center for Mexican American Studies at the University of Texas at Arlington.

“A valuable, nuanced postwestern perspective on Spanish/Mexican/Anglo settler colonialisms and conceptions of time, history, and citizenship. Meticulously researched and elegantly constructed, this text will be useful for scholars and students interested in transnational American literature, cultural geography of the West, and feminist studies.”—Guadalupe Escobar, Western American Literature
"This is an intellectually rigorous and meticulously researched study of the Chicanx/Latinx/Mexican/American literary tradition."—A. I. Estrada, Choice
“Lucid and compelling. . . . Murrah-Mandril’s work will become essential reading for scholars and students of Chicanx and Latinx literature.”—John Alba Cutler, author of Ends of Assimilation: The Formation of Chicano Literature
“If it is at all possible to be prescient about the future by way of the past, Murrah-Mandril has written such a book . . . in a series of original, provocative, and generative readings of early Mexican American writers and texts. In the Mean Time should be read for its timely intervention in what it meant in the past, what it means in the present, and what it might mean in the future to be of Mexican descent in the United States.”—José F. Aranda, author of When We Arrive: A New Literary History of Mexican America
“In the Mean Time expertly provides fresh and adroit readings of long ignored and often vilified authors and makes the case for their sophisticated engagements with time at the level of both form and theme. In a really beautiful way, Murrah-Mandril encourages a dialogue between past authors and present scholars on the subject of forging new paradigms for studying recovered Chicanx literature.”—Belinda Linn Rincón, author of Bodies at War: Genealogies of Militarism in Chicana Literature and Culture

Preface
Introduction: The Mean Time of U.S. Modernity
1. Temporal Colonization: Getting Railroaded in The Squatter and the Don
2. Progress in the Land of Poco Tiempo: Miguel Antonio Otero’s Political Vision
3. Specters of Recovery: Temporal Economies of Debt and Inheritance in Adina De Zavala’s History and Legends of the Alamo
4. Modernity and Historical Desire: Differential Time Consciousness in Caballero
Afterword: The Discontinuous Inheritance of Mexican American Literature
Notes
References
Index 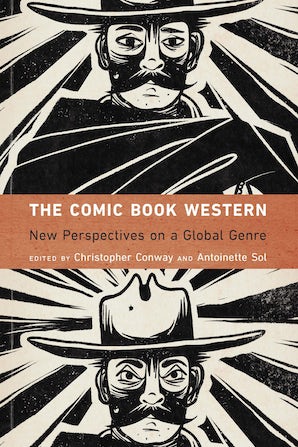 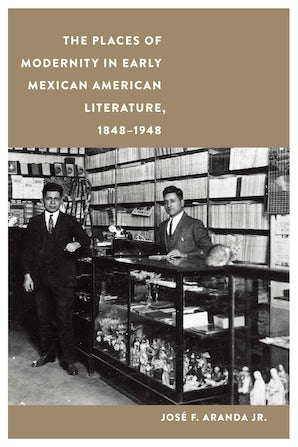 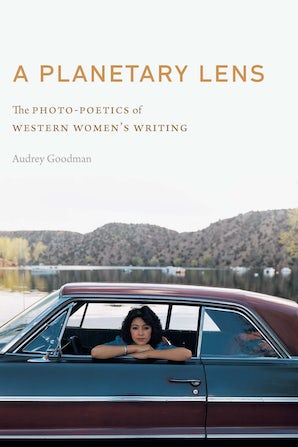 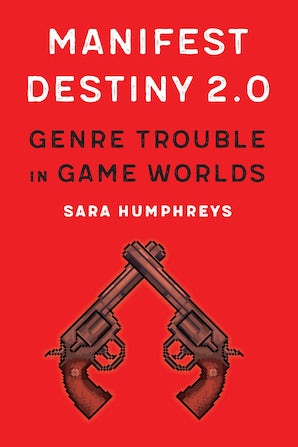