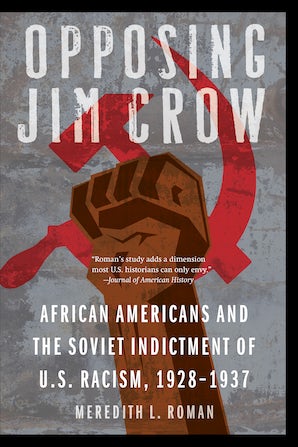 Before the Nazis came to power in Germany, Soviet officials had already labeled the United States the most racist country in the world. Photographs, children’s stories, films, newspaper articles, political education campaigns, and court proceedings exposed the hypocrisy of America’s racial democracy. In contrast the Soviets represented the USSR itself as a superior society where racism was absent and identified African Americans as valued allies in resisting an imminent imperialist war against the first workers’ state.

Meredith L. Roman’s Opposing Jim Crow examines the period between 1928 and 1937, when the promotion of antiracism by party and trade union officials in Moscow became a priority. Although Soviet leaders stood to gain considerable propagandistic value at home and abroad by drawing attention to U.S. racism, their actions simultaneously directed attention to the routine violation of human rights that African Americans suffered as citizens of the United States. Soviet policy also challenged the prevailing white supremacist notion that blacks were biologically inferior and thus unworthy of equality with whites. African Americans of various political and socioeconomic backgrounds became indispensable contributors to the Soviet antiracism campaign and helped officials in Moscow challenge the United States’ claim to be the world’s beacon of democracy and freedom.

Meredith L. Roman is an associate professor of history at SUNY–Brockport.

“Roman’s study adds a dimension most U.S. historians can only envy. . . . A fuller account is unlikely to appear, and the logic of Opposing Jim Crow could not easily be impeached.”—James G. Ryan, Journal of American History
"A rich addition to the literature on Russian-American relations."—W. B. Whisenhunt, Choice
“Breaks new theoretical ground. . . . Roman’s work, when closely read, might yet yield clues to a better understanding of the seemingly mysterious origins (and virulence) of post-Soviet racism.”—Maxim Matusevich, Slavic Review

“Essential reading for those seeking a deeper understanding of the uneasy relationship between black radicals and Soviet propaganda, in both the decade it covers and beyond.”—Allison Blakely, Russian Review

"Well written and well argued."—Randi Storch, Journal of Southern History
"Opposing Jim Crow sheds light on the very real impact of institutionalized Soviet antiracism, which makes this book a welcome addition to the history of the Soviet Union."—Tony Pecinovsky, People's World
"A clear and vibrant read."—Amanda Higgins, The Register

Introduction: The Birth of a Nation

1. American Racism on Trial and the Poster Child for Soviet Antiracism

2. "This Is Not Bourgeois America": Representations of American Racial Apartheid and Soviet Racelessness

4. African American Architects of Soviet Antiracism and the Challenge of Black and White

5. The Promises of Soviet Antiracism and the Integration of Moscow's International Lenin School 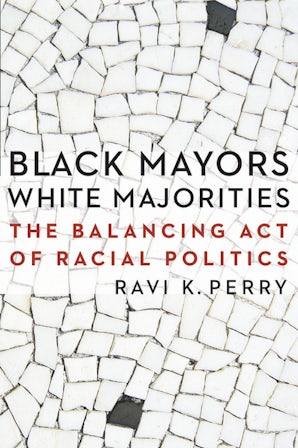 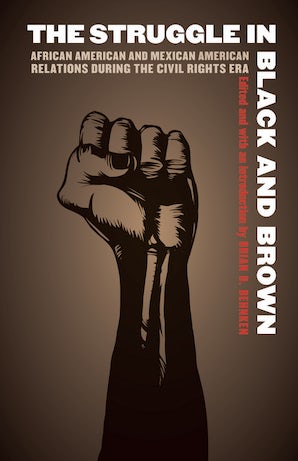 The Struggle in Black and Brown

Edited and with an introduction by Brian D. Behnken