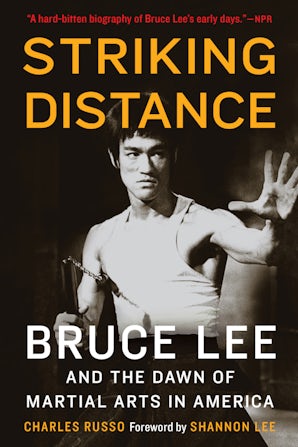 "As someone who has been a Bruce Lee fan since I was a teenager, I remember the time when Bruce Lee's life was all myth and mystery. Thank you to journalist Charles Russo who has a written a fun-to-read Bruce Lee book for grownups. It both solidifies Bruce Lee's place in martial arts, pop culture, and history while at the same time demonstrating that there was a good reason Bruce was a walking legend in his brief time on this planet. Bravo!"—W. Kamau Bell, comic and host of CNN’s United Shades of America
"[Striking Distance is] a hard-bitten biography of Bruce Lee's early days before movies made him a mega-star. . . . [It] expertly separates fact from myth and also features some righteous fight scenes."—NPR's Dinner Party Download
"Striking Distance: Bruce Lee and the Dawn of Martial Arts in America is one of those rare martial arts volumes that is likely to be widely read by individuals practicing a variety of styles."—Ben Judkins, Kung Fu Tea
“Striking Distance is one of the few well-written, well-researched books about Bruce out there. Charles and his book were extremely helpful in my research and I relied upon his work a great deal in covering the Bay Area period of Lee’s life. Every Bruce Lee fan should buy his book.”—Matthew Polly, author of Bruce Lee: A Life

"Charles Russo's Striking Distance is a concise, eminently readable biography of the fighting legend in the formative period of his life."—James Sullivan, Datebook
"For anyone interested in learning more about the origins of martial arts in this country, Striking Distance is a tremendous read."—Brian Burmeister, ARETE
"Russo's work is a useful addition to both the biographies of Bruce Lee, and the history of martial arts in general, and is quite an entertaining read as well."—Delano Lopez, Origins
"A must-have for fans of Bruce Lee and martial arts history."—Matthew Kaplowitz, thefightnerd.com
"I learned a lot. . . . Truly fascinating . . . and written in an engaging way."—Shannon Lee (Bruce Lee's daughter) 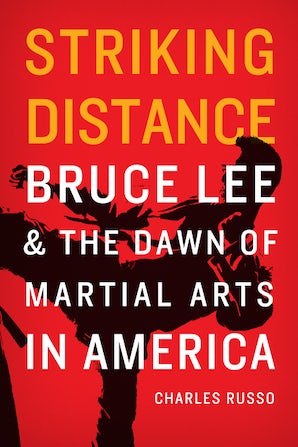