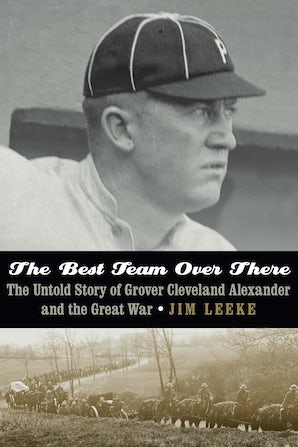 The Untold Story of Grover Cleveland Alexander and the Great War

Finalist for the 2022 SABR Seymour Medal

Grover Cleveland Alexander was one of the greatest pitchers in baseball history, with 373 career victories during twenty seasons in the Major Leagues. Elected into the National Baseball Hall of Fame in 1938, the right-hander remains a compelling—and tragic—figure. “Pete” Alexander’s military service during World War I was the demarcation line between his great seasons with the Philadelphia Phillies and his years of struggle and turmoil with the Chicago Cubs and the St. Louis Cardinals after the Great War. Indeed, Alexander’s service during World War I has all but been forgotten, even though it dramatically changed his life—and his game.

Alexander served in the 342nd Field Artillery Regiment, which included big leaguers and star athletes among its officers and men. Naturally, the regiment fielded an outstanding baseball team, but it also faced hard service during the final weeks of the war. After the armistice in November 1918, the unit undertook occupation duty in Germany.

The Best Team Over There examines this crucial period closely: where Alexander was stationed, how he was trained, how he withstood the effects of combat and shelling, how he interacted with his fellow athletes and soldiers, and how the war changed his baseball career, revealing for the first time the little-known details of this critical stage in the legendary pitcher’s life and career. We can’t truly understand Alexander and his enduring appeal to baseball fans without also understanding his life as a gunner and soldier.

Jim Leeke is a retired copywriter and creative director as well as a U.S. Navy veteran. He is the author of several books, including From the Dugouts to the Trenches: Baseball during the Great War (Nebraska, 2017), winner of the Larry Ritter Book Award and a SABR Baseball Research Award.

"Leeke's book is well worth reading for anyone seeking to learn about Alexander's war experience."—Dave Bohmer, NINE: A Journal of Baseball History and Culture
"This is a fascinating book that delves into a consequential but often overlooked time in Alexander's life."—Dave Lande, Inside Game
"Using letters written by Alexander and his army cohorts and other primary and secondary sources, Leeke does a deft job of taking us through the pre- and post-war lives and war careers of a handful of gifted athletes. It is a tale of patriotism, human limitations, and partial redemption told by a skilled storyteller."—Dave Page, Journal of America's Military Past
"In drilling down on one group of field artillery and one star player who was part of it, the effort reads like a sequel to the author's From the Dugouts to the Trenches: Baseball during the Great War (2017), which takes a broader view of the relationship between the game and the conflict. Sports history and military history, of course, are different entities with different intents and strategies, but Leeke weaves them together seamlessly in this new effort, further contextualizing one of the game's great players and the meaning of World War I to those back home in Nebraska, Kansas, and Missouri."—Thomas Aiello, Missouri Historical Review
"Leeke's writing is straightforward and clear, and his narrative is entertaining. The Best Team Over There is a fine work of sports and military history."—Bob D’Angelo, Sports Bookie
"Highly recommended to anyone interested in baseball and the Great War."—Peter L. Belmonte, Roads to the Great War
“Jim Leeke hits it out of the park again with the tale of Grover Cleveland Alexander, a Great War ballplayer who tasted the highs of fame, lows of the trenches, and—tragically—just too much booze.”—Dean Karayanis, radio host of the History Author Show in New York City
“Coming off his award-winning From the Dugouts to the Trenches, Jim Leeke follows up with the extraordinary story of the Great War, Grover Cleveland Alexander, and ballplayers who became artillerymen. It’s a perfect mix of military history and baseball that will completely absorb you.”—Jan Finkel, 2012 recipient of SABR’s Bob Davids Award
“No one writes about the connections between baseball and World War I with more authority and accuracy than Jim Leeke. Now he places Grover Cleveland Alexander under his microscope, following Old Pete from call to service through training to the front lines of a horrific war. The result is a story that will swell you with pride and reduce you to tears.”—Rick Huhn, author of The Chalmers Race: Ty Cobb, Napoleon Lajoie, and the Controversial 1910 Batting Title That Became a National Obsession

Finalist for the 2022 SABR Seymour Medal 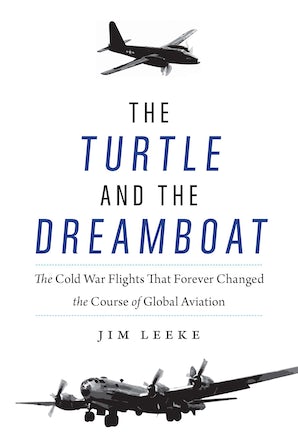 The Turtle and the Dreamboat