The History of American Bicycle Racing

Revised, updated, and expanded, this second edition of Hearts of Lions is based on interviews with more than one thousand cyclists whose racing careers span from 1908 through the 2016 Rio Olympics, along with interviews with trainers and family members. Included are stories about Joseph Magnani, the lone American from southern Illinois who rode on the dusty roads of Europe in road racing’s golden era of the 1930s and 1940s; Lance Armstrong, whose rise in the mid-1990s was eclipsed in the doping era that still casts a long shadow over the sport; Kristin Armstrong, a three-time Olympic gold medalist who set new standards for women in cycling; and Evelyn “Evie” Stevens, who chucked a Wall Street career in her mid-twenties to compete in two Olympics and win several world championship gold medals.

Hearts of Lions is a colorful, exciting, classic work on the art of bicycle racing over 140 years against a backdrop of social, political, and technical changes.

Peter Joffre Nye has worked as a prize-winning author, journalist, and magazine editor in Washington, DC. He is the author of several books, including The Fast Times of Albert Champion: From Record-Setting Racer to Dashing Tycoon, an Untold Story of Speed, Success, and Betrayal. His articles have been published in a variety of venues, including the Washington Post, USA Today, and Sports Illustrated. Eric Heiden is a physician and a former long-track speed skater, road cyclist, and track cyclist. He won five individual gold medals and set four Olympic records and one world record at the 1980 Winter Olympic Games.

"Mr. Nye's history-rich writing has the fluid pace of a peloton coursing through the French countryside. Old stories remain as captivating today as they were decades ago. Most important, he shows how the bicycle has remained a constant despite the arrival of new protagonists and technologies."—Michael Barry, Wall Street Journal
"The indispensable book on American bicycle racing history."—Leslie Reissner, PEZ Cycling News
"Hearts of Lions: The History of American Bicycle Racing is one of those books that not only gives you the colorful story of our sport in the U.S. but also serves to offer you a reference guide to so many aspects of U.S. bike racing."—Diane Jenks, Outspoken Cyclist Podcast
“If there is any one book fans of cycling and American sports should read, it’s Peter Nye’s second edition of Hearts of Lions. Updated to cover the male and female cyclists who stormed the roads of Europe in the era after Greg LeMond won three editions of the Tour de France, Nye’s latest edition of the definitive history of American cycling is a must-read.”—Mark Johnson, author of Spitting in the Soup: Inside the Dirty Game of Doping in Sport
“Hearts of Lions is the most important book on American cycling history, essential reading for everybody who wants to understand the USA’s long and important role in a global sport.”—Feargal McKay, Podium Café
“The definitive history of bicycle racing in the United States. It’s also a terrific read, and you’ll marvel at the full reach of the cycling sport in your great-grandparents’ era. Learn about Major Taylor, the first African American to claim a major championship in any sport, and Frank Kramer, a man of such athletic renown that he earned more than Ty Cobb.”—Daniel de Visé, author of The Comeback: Greg LeMond, the True King of American Cycling, and a Legendary Tour de France
“Hearts of Lions tells the poignant and inspiring stories of the men and women who made American bike racing history. Impressively researched and alive with the voices of its many protagonists, it will sweep you up in their compelling stories.”—Isabel Best, author of Queens of Pain: Legends & Rebels of Cycling
“Like a slow-motion replay of a Tour de France sprint that went by in a blur, Hearts of Lions brings into focus the colorful characters of a complicated sport in a country that doesn’t always recognize the grit behind the glory.”—Lynne Tolman, president of the Major Taylor Association
“Peter Nye’s chronicle of the great lost history of early American bicycle racing, its near death and final resurgence, is as captivating, as full of unexpected swerves, heartbreaks and triumphs, as the sport the author so clearly loves.”—Reed Karaim, author of The Winter in Anna
“Nye crafts meticulous research into a narrative of the forces and characters who ushered cycling from indoor tracks in the late nineteenth century onto today’s international stage—a trajectory shaped by small-town heroes and presidents alike. A thorough and absorbing read.”—Carrie Hagen, author of We Is Got Him: The Kidnapping that Changed America

Foreword by Eric Heiden
Part 1. The Golden Years
1. To the White House
2. The Fastest Things on Wheels
3. Gentlemen Amateurs Turn Professional
4. John M. Chapman, Czar of Cycling
5. A Bizarre Twist
6. Wonderful Nonsense in the Jazz Age
7. Sputtering to an End
Part 2. “Spit and Scotch Tape”
8. L’Américain
9. Jack Heid, America’s Premier Cyclist
10. The Allure and Agony of European Road Racing
11. Outside Normal Limits
12. America’s First Woman National Champion
13. Pedali Alpini
14. The Rainbow at the End of the Crash
Part 3. “One Good American Rider”
15. The Awakening
16. Breaking Away
17. The Drought Finally Ends
18. The Americans are Are Coming, the Americans are Are Coming
19. “The Day the Big Men Cried”
20. Liars Club
21. Queen of the Oval Hour
22. The Match Sprinters
23. A Mother, Three Olympics, Three Gold Medals
24. The Summing Up
Acknowledgments
Bibliography
Index 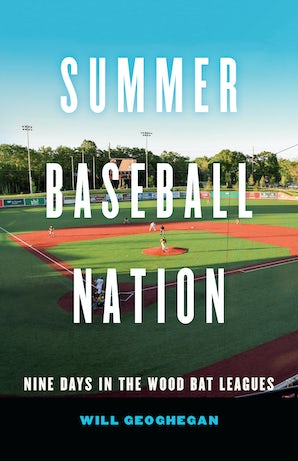