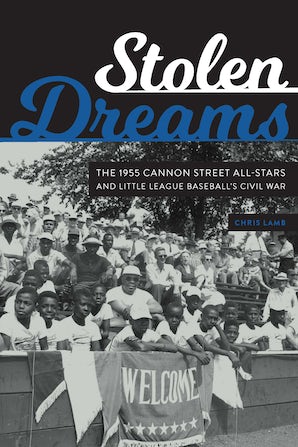 When the eleven- and twelve-year-olds on the Cannon Street YMCA All-Star team registered for a baseball tournament in Charleston, South Carolina, in June 1955, it put the team and the forces of integration on a collision course with segregation, bigotry, and the southern way of life. White teams refused to take the field with the Cannon Street All-Stars, the first Black Little League team in South Carolina. The Cannon Street team won the tournament by forfeit and advanced to the state tournament. When all the white teams withdrew in protest, the Cannon Street team won the state tournament. If the team had won the regional tournament in Rome, Georgia, it would have advanced to the Little League World Series. But Little League officials ruled the team ineligible to play in the tournament because it had advanced by winning on forfeit and not on the field, denying the boys their dream of playing in the Little League World Series. Little League Baseball invited the Cannon Street All-Stars to be the organization’s guests at the World Series, where they heard spectators yell, “Let them play! Let them play!” when the ballplayers were introduced. This became a national story for a few weeks but then faded and disappeared as Americans read of other civil rights stories, including the torture and murder of fourteen-year-old Emmett Till.

Stolen Dreams is the story of the Cannon Street YMCA All-Stars and of the early civil rights movement. It’s also the story of centuries of bigotry in Charleston, South Carolina—where millions of enslaved people were brought to this country and where the Civil War began, where segregation remained for a century after the war ended and anyone who challenged it did so at their own risk.

Chris Lamb is chair of the Department of Journalism and Public Relations at Indiana University–Indianapolis. He is the editor, author, or coauthor of twelve books, including Conspiracy of Silence: Sportswriters and the Long Campaign to Desegregate Baseball (Nebraska, 2021), Sports Journalism: A History of Glory, Fame, and Technology (Nebraska, 2020), and From Jack Johnson to LeBron James: Sports, Media, and the Color Line (Nebraska, 2016).

"Lamb includes grand context of what was happening in South Carolina, the South and American courts during the tumultuous early 1950s. That makes Stolen Dreams . . . a slick double-play: academically worthy of any Palmetto State history syllabus and perfect for a baseball fan's 2022 season reading list."—Gene Sapakoff, Post and Courier
“[Stolen Dreams] meticulously documents an important moment, and team, that few people will know but should. It’s about the collision of racism and baseball, years after Jackie Robinson broke the color barrier, and shows just how far Blacks had left to go to be accepted in America’s pastime. Lamb writes this story with affection, grace, and skill.”—Mike Freeman, editor of race and inequality at USA Today
“Chris Lamb takes a forgotten baseball tournament and a forgotten moment in the civil rights struggle and spins them into an unforgettable story, proving, as Martin Luther King Jr. might have said, that the long arc of a batted ball bends toward justice. With impressive research and sharp insight, Lamb illustrates once again the important role baseball plays in understanding and shaping American culture.”—Jonathan Eig, best-selling author of Opening Day: The Story of Jackie Robinson’s First Season
“Sports is a brilliant and bracing window for understanding Jim Crow segregation in the South. With this book, Chris Lamb uncovers a narrative in this history that few readers will know: a history of racism, injustice, baseball, and the kids crushed by the hatreds of adults. I can’t recommend this book enough. It speaks to the past brilliantly, but it also speaks to our troubled present. A necessary and important read.”—Dave Zirin, author of The Kaepernick Effect: Taking a Knee, Changing the World
“Lamb has presented Little League Baseball as a microcosm of Jim Crowism with so many history lessons of shame, sadness, and racial injustices propagated by the white majority. Lamb fires cannon shots with explosive narratives about Octavius Catto, Judge J. Waties Waring, Isaac Woodard, Robert Morrison, Robert Small, Frazier B. Baker, and others. This narrative is one of the most comprehensive examinations of the Lost Cause obsession for control in America.”—Larry Lester, Negro League Baseball historian and author
“Chris Lamb’s thorough and eloquent account embodies the best tradition of civil rights scholarship, exposing America’s long history of racism, particularly in Charleston, a city built literally on the backs of enslaved people. Redemptive at its core, Stolen Dreams reminds us of all of the importance of telling the stories of African Americans that have so often been erased, forgotten, or neglected.”—Marjory Wentworth, South Carolina poet laureate, 2003–20

Acknowledgments
1. “The Team Nobody Would Play”
2. America’s Original Sin
3. The Charleston Baseball Riot
4. The Lost Cause
5. The Accommodationist
6. The Blinding of Isaac Woodard
7. “It’s Time for South Carolina to Rejoin the Union”
8. The Story of Little League Baseball
9. The YMCA
10. Even the Ocean Was Segregated
11. Brown v. Board of Education
12. “A Dastardly Act”
13. A Long Time Coming
14. The Trip to Williamsport
15. “Let Them Play!”
16. Emmett Till
17. “Paper Curtain”
18. The Civil Rights Movement in Charleston
19. Gus Holt’s Crusade
20. Return to Williamsport
21. No City Owes Its Success More to the Whipping of Slaves
22. The “Emanuel Nine”
23. John Rivers’s Dream
Notes
Bibliography
Index 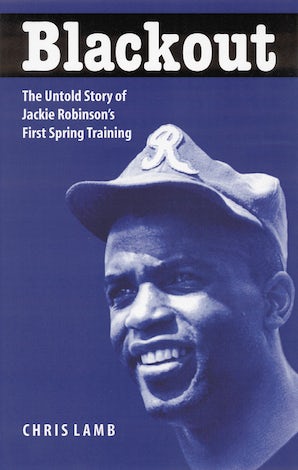