Self-Transformation and Performance in the American West

During the late nineteenth and twentieth centuries, as the American West underwent a series of transformations, certain pivotal figures also undertook a process of self-transformation. Geographic Personas reveals a practice of public performance, impersonation, deception, and fraud, exposing the secret lives of men and women who capitalized on changes occurring in the region. These changes affected the arts; land ownership; scientific exploration; definitions of race, gender, and sexual orientation; and relations between the United States and other countries throughout the world.

In addition to well-known figures such as Clarence King and Willa Cather, Geographic Personas examines lesser-known players in the performative process of westward expansion, including Isadora Duncan, the founder of modern American dance; Polish actress Helena Modjeska; Adolf Hitler’s favorite author, Karl May; Japanese poet Yone Noguchi; the perpetrator of the greatest land grant hoax in U.S. history; and a mixed-race son of slaves who became a star in Native American silent films.

While scholars have written about the environmental, demographic, and economic changes that occurred in the West during the nineteenth century, Allmendinger adds a crucial piece to this dialogue. He brings to light the experiences of artists, dancers, film stars, con men, and criminals in stories of self-transformation that are often sad, tragic, and poignant.

Blake Allmendinger is a professor of English at the University of California–Los Angeles. He is the author of several books, including Imagining the African American West (Nebraska, 2005) and The Melon Capital of the World (Nebraska, 2015).

“Allmendinger’s chapters combine literary and cultural criticism with brief, pungent biographies. The endnotes alone provide a rich tour of some strange and illuminating byways. The learning is carried very lightly and provides another welcome installment in the Allmendinger project.”—David Wyatt, author of When America Turned: Reckoning with 1968

Introduction: The Map and the Territory
1. Geographic Personas: The Passing of Clarence King
2. Lord of the Limber Tongue: The Great Spanish Land Grant Fraud and the Barony of Arizona
3. A French Canadian Cowboy: Branding Will James
4. Making an Indian: The Case of Sylvester Long
5. L’Ouest Bohème: Willa Cather’s Transnational Prairie
6. A Homeless Snail: Yone Noguchi and Japanese Self-Invention
7. The Past Is the Biggest Country of All: Remembering Helena Modjeska
8. Deutschland über Alles: Germany’s Literary Colonization of the U.S. Frontier
9. The Problem of Representation: Isadora Duncan Sleeps With the Russian Navy
Afterword: Burials and Exhumations
Notes
Bibliography
Index 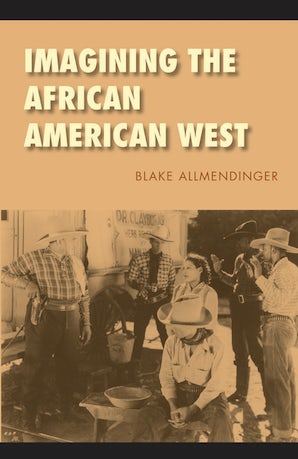