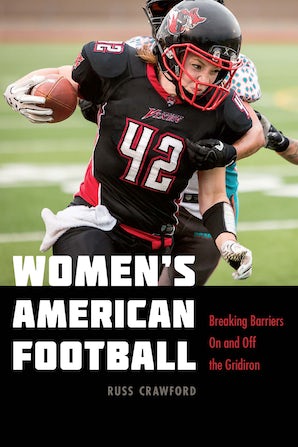 Breaking Barriers On and Off the Gridiron

Tackle football has been primarily viewed as a male sport, but at a time when men’s participation rates are decreasing, an increasing number of women are entering the gridiron—and they have a long history of doing so. Women’s American Football is a narrative history of girls and women participating in American football in the United States since the 1920s, when a women’s team played at halftime during an early NFL game. The women’s game became more organized in 1974, when the National Women’s Football League was established, with notable teams such as the Dallas Bluebonnets, Toledo Troopers, Oklahoma City Dolls, and Detroit Demons.

Today there are two main professional leagues in the United States: the Women’s Football Alliance, with nearly seventy teams, and the Women’s National Football Conference, with eighteen, in addition to a number of smaller leagues. The National Association of Intercollegiate Athletics and the NFL have recently begun sponsoring flag football teams at the college level, and the game is growing for high school girls as well. In 2021 more than two thousand girls played on mostly boys’ teams, and there are currently four all-girls leagues in the United States and Canada, in Manitoba, Utah, Indiana, and New Brunswick.

In addition to the rapid growth of women playing football, there have been advancements in other areas of the game. Beginning with Jennifer Welter in 2015, several women have earned positions coaching the professional game. In 2020 ESPN aired Born to Play, a documentary on the Boston Renegades, the 2019 champion of the Women’s Football Alliance.

Based on extensive interviews with women players and focusing closely on leagues, teams, and athletes since the passage of Title IX in 1972, Russ Crawford illuminates the rich history of the women who have played football, breaking barriers on and off the field.

Russ Crawford is a professor of history at Ohio Northern University. He is the author of Le Football: A History of American Football in France (Nebraska, 2016) and The Use of Sports to Promote the American Way of Life during the Cold War: Cultural Propaganda, 1945–1963.

“An amazing compilation of facts, anecdotes, and forecasts for the future of women’s football. Russ Crawford not only captures the flavor of the trailblazers of this sport but illustrates the sport itself and its possible future. If you play this sport, or have someone in your life who does, this is a must-read.”—Rick Rasmussen, two-time Independent Women’s Football League national champion head coach of the Utah Falconz
“Russ Crawford’s research about women football players and coaches is a fun and interesting journey through time. Their stories encompass so much of the passion and drive women have shown as they continue to play a sport they love. Crawford brings to life the reality of those early pioneers, and the continued efforts of today’s torchbearers to grow the game. . . . Crawford’s book will inspire others to believe in and live their own football dreams.”—Louise Bean, two-time Independent Women’s Football League national champion quarterback for the Utah Falconz and Women’s Football Hall of Fame inductee
“A journey begins with a passion. Football is no different. But for many reasons women through history have been excluded from that passion. . . . I, and many women’s football athletes, thank Russ Crawford for depicting the amazing history of women’s tackle football.”—Oscar F. Lopez, founder of Gridiron Beauties
“Russ Crawford’s book is going to help the world understand that girls can play football, and so can women! It’s not just a man’s sport! He also provides information for parents whose daughters might love to participate in girls’ tackle football in the future.”—Crys Sacco, co-founder of the Utah Girls Football League and head coach of the UGFL’s Kearns Cougars
“With vivid details of the adversity these women have gone through to play the game they love, Women’s American Football is a must-read as much for newcomers to the game as it is for longtime fans. In fact, I am willing to bet that the people who will one day make women’s tackle football a true professional sport in which women can earn a living will cite Crawford’s book as a key inspiration of theirs.”—Michael “Burmy” Burmeister, superfan of women’s football and curator of the Hometown Women’s Football Facebook group 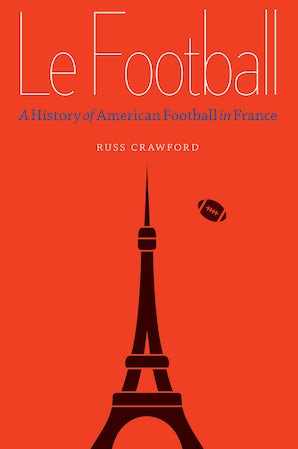 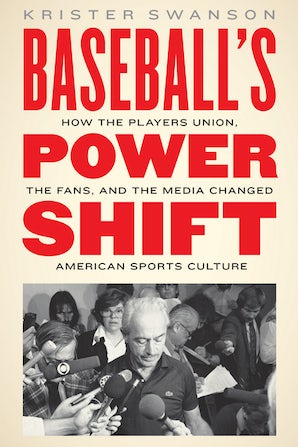 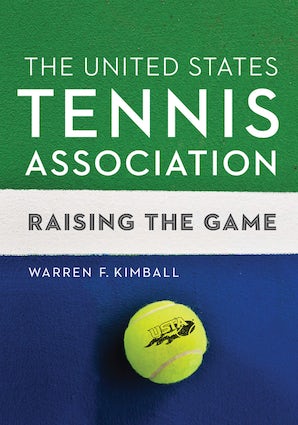