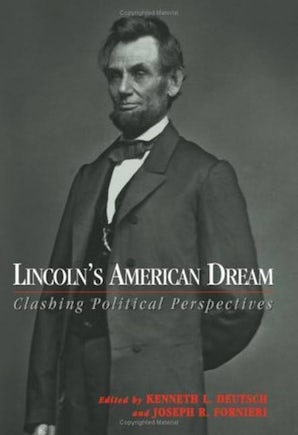 Despite the voluminous literature on the central figure in American history, no other book in the field of political science compares to Lincoln's American Dream. It addresses comprehensively the overarching themes of Lincoln's political thought and leadership through provocative and divergent interpretations from leading scholars. Each chapter is devoted to one of these major themes about Lincoln:

- The Declaration and equality

- The Union and the role of the state

With an introduction by Kenneth L. Deutsch and Joseph R. Fornieri, Lincoln's American Dream will be of enduring interest to scholars, students, teachers, and Lincoln aficionados alike and will attract interest in the fields of American history, leadership, religion and culture, American studies, and African-American studies.

Kenneth L. Deutsch is a professor of political science at SUNY Geneseo. He is the author of six books in the field of political philosophy and public law, including Leo Strauss, The Straussians, and the American Regime. He lives in Geneseo, New York.