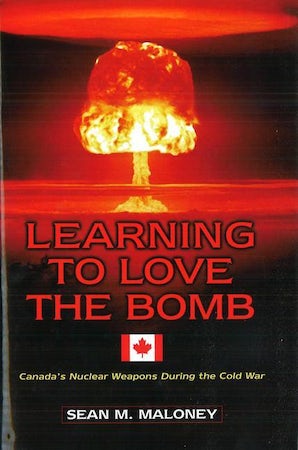 In Learning to Love the Bomb, Sean M. Maloney explores the controversial subject of Canada’s acquisition of nuclear weapons during the Cold War. Based on newly declassified Canadian and U.S. documents, it examines policy, strategy, operational, and technical matters and weaves these seemingly disparate elements into a compelling story that finally unlocks several Cold War mysteries. For example, while U.S. military forces during the 1962 Cuban Missile Crisis were focused on the Caribbean Sea and the southeastern United States, Canadian forces assumed responsibility for defending the northern United States, with aircraft armed with nuclear depth charges flying patrols and guarding against missile attack by Soviet submarines. This defensive strategy was a closely guarded secret because it conflicted with Canada’s image as a peacekeeper and therefore a more passive member of NATO than its ally to the south. It is revealed here for the first time. The place of nuclear weapons in Canadian history has, until now, been a highly secret and misunderstood field subject to rumor, rhetoric, half-truths, and propaganda. Learning to Love the Bomb reveals the truth about Canada’s role as a nuclear power.

Sean M. Maloney is a professor of history at the Royal Military College of Canada and served as the Canadian Army’s historian for the war in Afghanistan from 2003 to 2014. He is the author of Enduring the Freedom: A Rogue Historian in Afghanistan (Potomac Books, 2005) and Learning to Love the Bomb: Canada’s Nuclear Weapons during the Cold War (Potomac Books, 2007). For more information about the author visit seanmmaloney.com.

"Sean Maloney is one of my favorite observers of the contemporary geopolitical scene. He is that rarest of academic creatures--a fun read. He is direct, uncompromising, brilliant, and takes no prisoners. Enduring the Freedom . . . is a superb book."—Lester Grau, author of The Soviet-Afghan War: How a Superpower Fought and Lost
"Maloney's book . . . is another valuable addition to this subject area."—esprit de corps
“[A] significant contribution to understanding Canada’s Cold War defense policies.”—Journal of Military History
"This is history at its best. . . . Maloney has written the new reference standard on Canada's national security policy for the period 1948-1968. . . . It is well researched, technically proficient, and highly recommended to Cold War historians, defense analysts, and policy officials."—Air Power

Praise for Sean M. Maloney's Enduring the Freedom: A Rogue Historian in Afghanistan

"Drawing upon his skills as a trained soldier and accomplished historian, Maloney provides a perceptive, firsthand account of NATO and American military operations at the cutting edge in Afghanistan. His is a cautionary tale--much has been accomplished in the war on terrorism, but serious obstacles to long-term regional stability remain. Anyone involved in the war on terror--and who isn't?--will profit from Maloney's insights and observations."—Peter S. Kindvatter, command historian at the U.S. Army Ordnance Center and Schools, and author of American Soldiers: Ground Combat in the World Wars, Korea, and Vietnam

"A vivid yet insightful view of what the Global War on Terror really means in Afghanistan's unforgiving mountains and churning cities. Sean Maloney's combination of on-the-ground experience in Afghanistan and his background as an experienced military historian and analyst bring real insight to a fascinating and strategically vital situation. It has been a new world since 9/11, and Sean Maloney has expertly chronicled a part of it. This is history written from the front line, not the academic desk, by a Canadian with much experience of the emerging nature of conflict worldwide."—David C. Isby, attorney and consultant on national security issues, and author of War in a Distant Country: Afghanistan: Invasion and Resistance 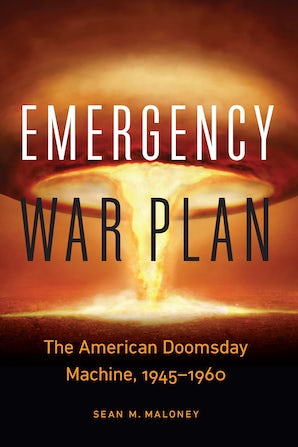 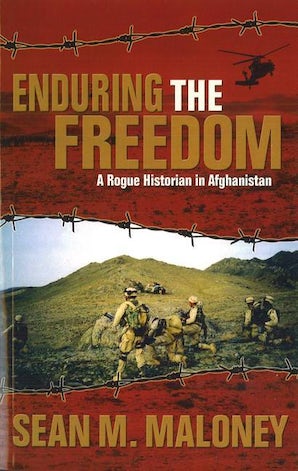