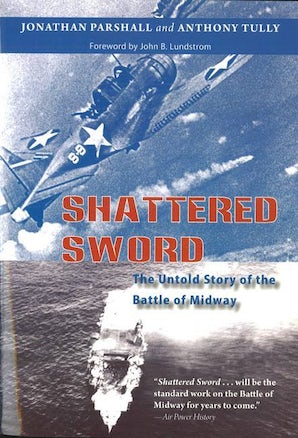 The Untold Story of the Battle of Midway

Jonathan Parshall and Anthony Tully
Foreword by John B. Lundstrom

Many consider the Battle of Midway to have turned the tide of the Pacific War. It is without question one of the most famous battles in history. Now, for the first time since Gordon W. Prange’s bestselling Miracle at Midway, Jonathan Parshall and Anthony Tully offer a new interpretation of this great naval engagement. Unlike previous accounts, Shattered Sword makes extensive use of Japanese primary sources. It also corrects the many errors of Mitsuo Fuchida’s Midway: The Battle That Doomed Japan, an uncritical reliance upon which has tainted every previous Western account. It thus forces a major, potentially controversial reevaluation of the great battle.

Parshall and Tully examine the battle in detail and effortlessly place it within the context of the Imperial Navy’s doctrine and technology. With a foreword by leading World War II naval historian John Lundstrom, Shattered Sword is an indispensable part of any military buff’s library.

Shattered Sword is the winner of the 2005 John Lyman Book Award for the "Best Book in U.S. Naval History" and was cited by Proceedings as one of its "Notable Naval Books" for 2005.

Both Jonathan Parshall and Tony Tully were members of a 1999 mission to the Midway battle site by the Nauticos Corp. and the U.S. Navy Oceanographic Office. Parshall is widely published on naval history in journals and magazines and has contributed to a number of books on the topic. He maintains an award-winning Web site on the Imperial Navy, www.combinedfleet.com. Parshall lives in Minneapolis.

“While most of their predecessors have fallen into the same mold--looking at the battle from the American vantage only—Parshall and Tully break new ground in bringing the Japanese perspective into the picture. . . . The authors state that their book attempts to do three things--present the battle from the Japanese side, study it almost exclusively from an aircraft carrier viewpoint, and point out the errors and exaggerations in a group of myths that have surrounded the battle. The authors succeed in all three goals. . . . [They] have produced a superb volume.”—Journal of Military History
“Will earn its place in the already impressive library that focuses on one of the great moments in naval history.”—Naval Institute Proceedings

“Shattered Sword [is] a necessary read for anyone interested in the Pacific War.”—NYMAS Review

“A fascinating, unique, and groundbreaking study on the Japanese and American sides of the encounter with emphasis on the former . . . Shattered Sword is well written, spectacularly and thoroughly researched and vividly narrated, and is fast becoming the definitive tome on the legendary naval battle.”—Journal of Australian Naval History

“Get this book. Parshall and Tully have pulled off what every author/historian aspires to do: take the body of literature on a chosen topic to a level of insight and understanding not formerly attained or perhaps even imagined. . . . Shattered Sword can justifiably be labeled a ground breaker, a landmark work that belongs at eye-level center in any naval historian's bookcase.”—Naval History

“This meticulously researched and thoroughly documented study is an essential corrective. It is essential reading for anyone interested in carrier aviation, past, present, or future. Although imposing in scale, Shattered Sword is a bargain, and a highly engaging read. Every page seems to throw up a new perspective--from the pathetically low Japanese aircraft production figures, to the political infighting both within the Naval High Command and between the services. The best naval history book of 2005.”—Naval Review

"Thoroughly researched and well-written."—C. Henry Depew, Ensign
“Jon Parshall and Anthony Tully explain, in an entirely new light and from a fresh perspective, how the Japanese navy fought the Battle of Midway. Extensively researched, soundly reasoned, and engagingly and colorfully written, Shattered Sword is the most original piece of scholarship on this decisive event since John B. Lundstrom’s groundbreaking The First Team.”—Robert J. Cressman, editor and principal author of A Glorious Page in Our History: The Battle of Midway

“To really know about the Battle of Midway, you must read this book.”—John B. Lundstrom, author of The First Team: Pacific Naval Air Combat from Pearl Harbor to Midway 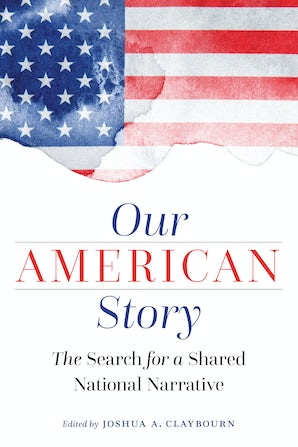