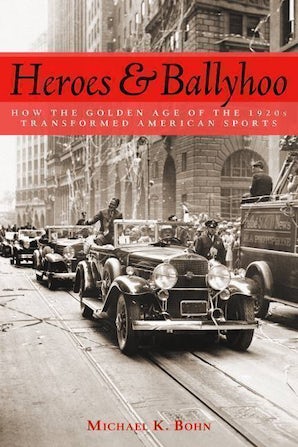 How the Golden Age of the 1920s Transformed American Sports

A handful of star athletes, along with their promoters and journalists, created America’s sports entertainment industry during the 1920s, the Golden Age of American sports. The period had an extraordinary impact, profoundly changing individual sports, establishing the secular religion of sports and sports heroes, and helping bond disparate social and regional sectors of the country. It’s when sports became a cornerstone of modern American life. Heroes and Ballyhoo profiles the ten most prominent Golden Age heroes and describes their effect on sports and society. Babe Ruth saved baseball after the Black Sox Scandal. Boxer Jack Dempsey made the “sweet science” a respectable sport. Red Grange single-handedly set professional football on a path to eventual success. Knute Rockne helped transform college football from a game to a colossal enterprise. Bobby Jones changed golf into a spectator sport, and Walter Hagen sparked the first national interest in professional golf. Bill Tilden put tennis on the front of the sports section. Tennis player Helen Wills Moody joined swimmer Gertrude Ederle in empowering women athletes. Johnny Weissmuller astonished international swimming before becoming Tarzan. The book also explores the ballyhoo artists—sportswriters, promoters, and press agents—who hyped the stars to a receptive public. Simultaneously, the spectators established themselves as the focus of popular sports. The personalities and events of the 1920s thus created today’s entertainment conglomerate of heroes, promoters and advertisers, fans, arenas—and money. Sports as a profit center started with the Golden Age’s heroes and PR artists, and the public’s obsessive interest in sports helped shape America’s emerging mass society. Heroes and Ballyhoo tells the story of what was both a symptom and a cause of modern America.

Michael K. Bohn's latest book, Money Golf: 600 Years of Bettin’ on Birdies (Potomac Books, Inc., 2007), was one of Golf Digest’s top golf books of 2007. A freelance writer, Bohn is the golf reporter for nineteen weeklies in Northern Virginia. He lives in Alexandria, Virginia.

"There were giants in those days: Jack Dempsey, Babe Ruth, Red Grange, Bobby Jones, Knute Rockne, Bill Tilden, and Gertrude Ederle. Michael Bohn is the first to bring them all together. Heroes and Ballyhoo is gravid with excitement; you can almost hear the crowd roar when you open the book."—Allen Barra, Wall Street Journal
“Mike Bohn has captured sports’s Golden Age in a way that makes me wish I’d lived back then—with all those heroes, both on the field and up in the press box. Every fan of sports should read this book to appreciate where we’ve come from, and realize how there used to be a better world out there, except for advances in air-conditioning.”—Dan Jenkins, sportswriter and author of Jenkins at the Majors
“Want to know why the 1920s is the most seminal decade in the history of American sport? Read Michael Bohn’s Heroes and Ballyhoo, a page-turning and stirring plunge into a time when America’s most beloved figures—those wielding big wooden bats and wearing leather football helmets—held the country spellbound. A terrific piece of historical journalism.”—Lars Anderson, author of Carlisle Vs. Army, and staff writer for Sports Illustrated
“In the early years of the Roaring Twenties, American women not only won the right to vote but they also earned headlines alongside their male counterparts during the Golden Age of American sports. Michael Bohn shares an engaging story of how two sports heroines, tennis player Helen Wills and swimmer Gertrude Ederle, helped embolden women to seek self-fulfillment by challenging the status quo.”—Donna de Varona, Olympic gold medalist and Emmy Award–winning sportscaster
“Hype, hoopla, and histrionics characterized American sports in the 1920s, as well as all kinds of talented and unusual characters. Michael Bohn’s Heroes and Ballyhoo is a treatise, a tribute, and a tip of the cap to that special time. Carefully researched and written, this is a book that belongs on your sports bookshelf.”—Harvey Frommer, author of Remembering Yankee Stadium
“Michael Bohn provides a rare opportunity to experience the American sporting scene in the Roaring Twenties. A constant stream of legendary characters marches across these pages. You’ll meet them all: the Babe, the Four Horsemen, the Manassa Mauler, the Wheaton Iceman, Bill Tilden, Gertrude Ederle, and Grantland Rice, the sportswriter whose purple prose made them all come alive.”—Peter Golenbock, author of George: The Poor Little Rich Boy Who Built the Yankee Empire 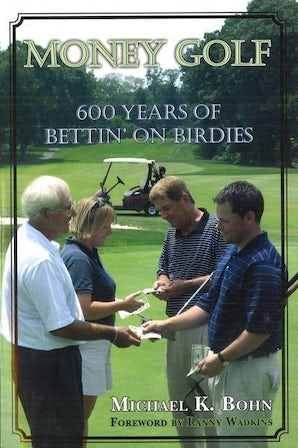 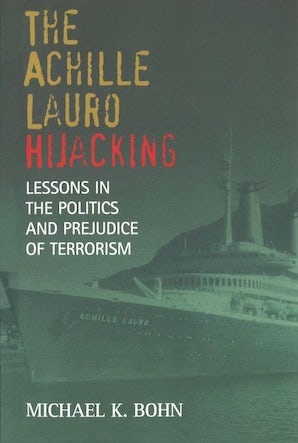 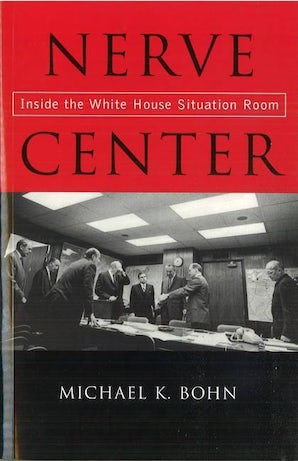 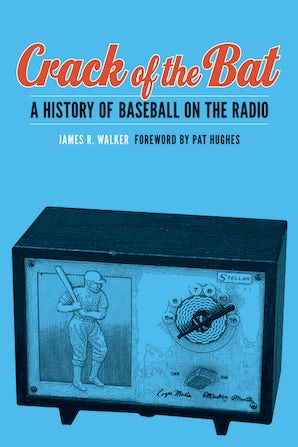