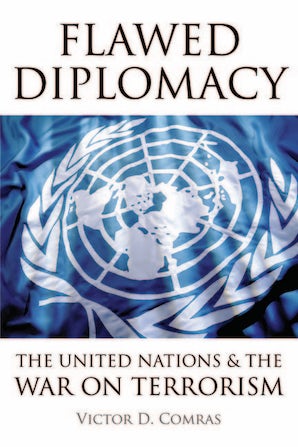 The United Nations & the War on Terrorism

There have been numerous attempts to engage the United Nations in a meaningful campaign against state-supported and other terrorist activities. But the inherently political nature of terrorism has made it exceedingly difficult to gain global consensus on who even qualifies as a terrorist, much less agreement on counterterrorism measures to pursue. The rise of al Qaeda, the events of 9/11, the Madrid train bombing, and the London mass transit bombings provided the international community and United Nations with new impetus to respond to terrorism. Although a series of international conventions were adopted and a short-lived independent monitoring group was established, the strategy that UN secretary general Kofi Annan proposed to the General Assembly in May 2006 contains many proposed measures and objectives that remain unfulfilled, thus rendering the UN virtually impotent against terrorism. As one of five Security Council–appointed international monitors on the measures being taken against al Qaeda and the Taliban, Comras had the rare opportunity to observe the UN’s counterterrorism activities. He delves into the UN’s role in dealing with terrorism, explores the international political realities and institutional problems that make it difficult for the UN to successfully implement and monitor counterterrorism measures, and describes both the UN’s successes and failures, ultimately laying out a case for creating a stronger, more effective UN response. Flawed Diplomacy is an invaluable resource for anyone interested in the war on terrorism and in gaining knowledge about the UN’s inner workings.

Victor Comras has pursued a public service career in international law and diplomacy. And, he is an internationally recognized expert and frequent speaker on international sanctions and the global effort to combat terrorism. His articles have appeared in numerous national and international press media, books and professional journals. He is also quoted regularly on radio, television and other news media in the United States, Canada, Australia and Europe.

“Flawed Diplomacy provides readers with a detailed look at a crucial issue—one which affects, and will continue to affect, politics the world over.”—Foreign Service Journal
"Comras takes the reader through a well laid out sequence of events to explain the chequered history of the UN’s confrontation with terrorism….[A]long the way it provides a sobering insight into the diplomatic realities that govern the manner in which the UN functions. Anyone with an interest in the subject of terrorism in its various forms, especially policy formulation to combat it, will find it useful background reading on the subject. Flawed Diplomacy can readily claim a place in any military professional’s library."—Dr. Noel Sproles, Australian Defence Force Journal, Review excerpt 2011
“A counterterrorist practitioner, Victor Comras contributed appreciably to dismantling the terrorist support infrastructures. In Flawed Diplomacy, Comras chronicles the challenges and opportunities involved in creating a global counterterrorist environment.”—Rohan Gunaratna, author of Inside Al Qaeda and co-author of The Terrorist Threat from Thailand
“Flawed Diplomacy is a meticulously crafted account of a protracted struggle between the nation-state system and the forces bent upon its destruction. Comras lays out this struggle in precise, dispassionate detail. Depending on whether or not we heed the lessons of recent history, Flawed Diplomacy has the potential to serve as part of the narrative of a successful escape from a close call with disaster. If, on the other hand, these lessons are ignored, Comras's book could come to be seen as the first chapter in the tragic history of our collective failure to counter the terrorist threat.”—Leon Fuerth, Research Professor of International Affairs, Elliott School of International Affairs, The George Washington University, and former national security adviser to Vice President Al Gore
“Flawed Diplomacy is a courageous attempt to lift the veil of secrecy over the many failures of the war on terror. Comras, a lawyer and a veteran of the anti-terrorism struggle, shows with amazing clarity how the United Nations efforts to bring to justice Osama bin Laden and his inner circle of followers did not succeed. On the background of this compelling tale of lost opportunities we find the crumbling of the fragile political equilibrium of key Muslim states: from Iraq to Afghanistan. A must read for those who want to understand what really happened inside the UN during those key years of the war on terror.”—Loretta Napoleoni, economist and author of Terror Incorporated and Terrorism and the Economy
"Flawed Diplomacy is an essential read for those who wonder where counterterrorism policy has gone astray. In a firsthand account that is devoid of ego but substantial on case knowledge and policy options, Vic Comras discusses the successes of UN counterterrorism policy and its failures due to big power politics, lack of institutional capacity, and shortness of vision. As we approach the tenth anniversary of 9/11, Comras clearly lays out the work that remains to be done to build a successful multilateral policy against al Qaeda."—George A. Lopez, professor of peace studies, University of Notre Dame